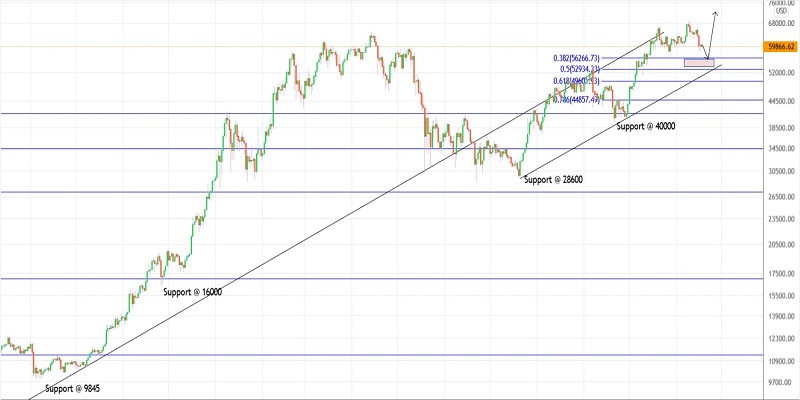 Bitcoin might have carved a potential bottom around $58,400 levels on Wednesday. The crypto could resume its rally towards $75,000 going forward as bulls remain inclined to be back in control. A potential sideways correction might be complete around $58,400 or prices could re-test $56,000 lows before resuming higher again.

The Fibonacci 0.382 retracement of its recent upswing between $40,000 and $70,000 is passing through $56,000 mark. High probability remains if prices drop through the support zone. Also note that the channel support is seen passing close to $56,000 levels as well. Bitcoin should be well poised to resume higher from here soon.

The overall wave structure remains constructive for bulls with potential to rally towards $75,000 at least. On the flip side, a break below the channel support and subsequently below $40,000 would change the near term outlook to bearish. In that case, bears might want to test $28,600 lows before finding some support.