Bitcoin's downward movement that happened in the first half of November is a bearish impulse. The significant support level of $ 59250 was broken, which makes it possible to consider a subsequent decline.

The level of $ 54,000 is considered as the nearest downward target. This support level was formed in early October but has not lost its relevance. If its local high is not updated this week, the decline will continue.

There is a 75% probability of testing the $ 54,000 mark. This allows us to hold open sales and look for opportunities for new short trades. The level of $ 59,500 is great for this purpose, at which the defining resistance is located. 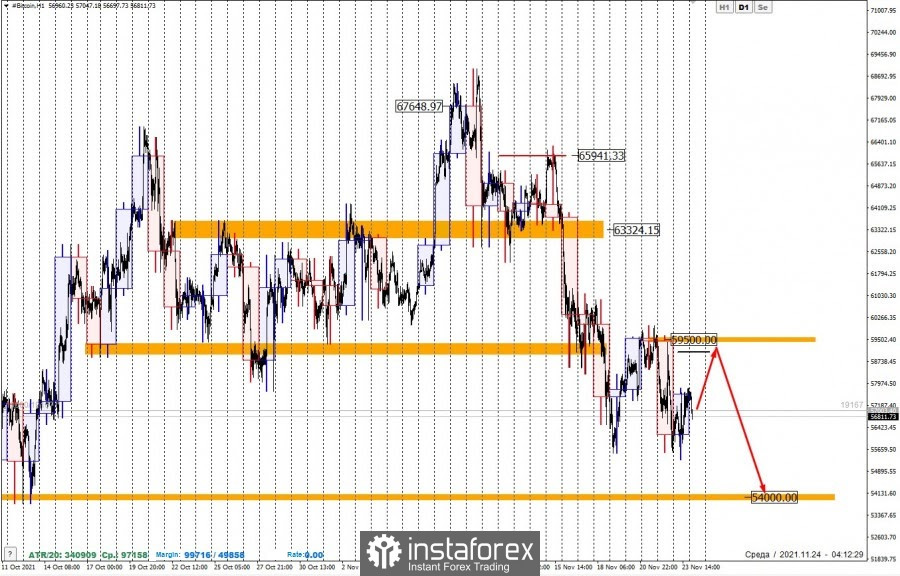 It is important to understand that Bitcoin's price decline will most likely continue in the medium term. The daily candle, which was formed last Monday, indicates the advantage of sellers in this market area. It will be possible to consider purchases only after the absorption of this downward trend. The price reduction has already amounted to 20%, which is a strong signal for a priority shift.