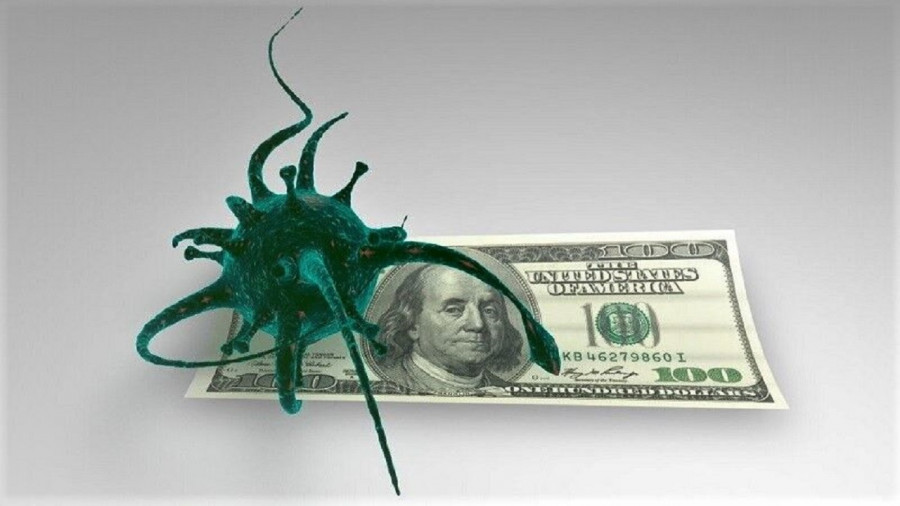 The US currency ended the past week nervously, giving in to the new Omicron covid strain. The markets fell into a trance and noticeably collapsed. Now, they are gradually moving away from the shock, providing confidence to the US dollar.

The reason for the US dollar's recent decline was the massive sell-off in the markets amid the emergence of a new COVID-19 strain "Omicron". As a result, the dollar index fell by 0.7%, showing the most significant decline in the last seven months.

The appearance of a new South African strain of COVID-19 was a shock to the markets. Most of all, the uncertainty associated with its impact was depressing. The statements of experts about numerous mutations of the virus, potentially reducing the effectiveness of vaccines, worsened the situation. The virus that appeared on the territory of South Africa has practically displaced other strains. Its advantage is the presence of a large number of changes in the genome – about 32 mutations.

Experts are worried that existing drugs may be powerless against the new variant of COVID-19. Such a scenario will negate all the achievements of mass vaccination in the world. As a result, the global economy will be under threat.

Today, the markets slightly calmed down and stabilized after the initial shock caused by the appearance of the Omicron strain. The massive outflow of investors into safe-haven currencies has stopped. However, market participants are still at a low start, ready to resume this process at any time. The situation is aggravated by analysts' forecasts of a possible increase in volatility.

On this wave, the US currency feels some instability, trying to restore lost positions. These attempts are relatively successful, in contrast to the dynamics of the euro, the recovery of which is delayed. On Monday morning, the EUR/USD pair was trading at the level of 1.1280, alarming the markets with prolonged subsidence. Analysts pay attention to the long-term downward trend of the European currency and the EUR/USD pair as a whole. 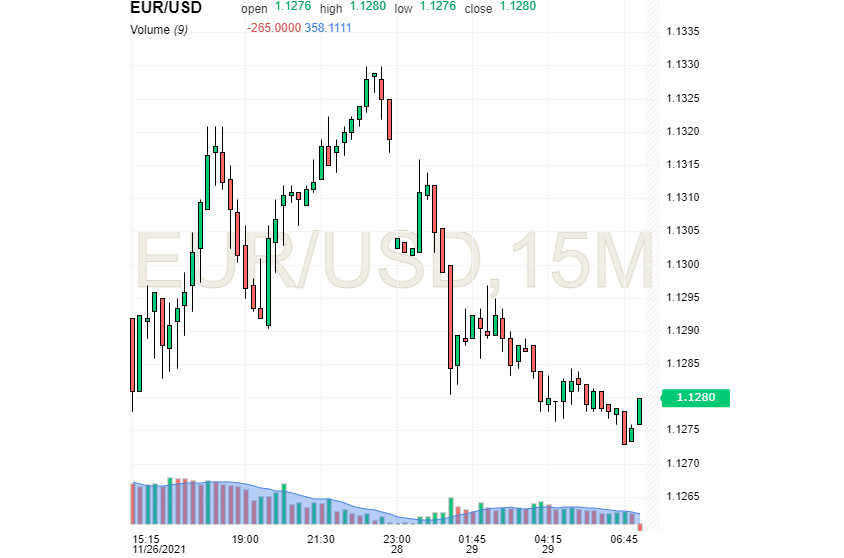 Experts said this is how the euro reacts to the current actions of the ECB. It can be recalled that the European regulator, unlike the American one, is not in a rush to curtail incentive programs and raise rates. Such discrepancies in the strategies of the ECB and the Fed hit the dynamics of the euro hard. It is possible that the European regulator will maintain zero rates and some items of the quantitative easing (QE) program. At the same time, the market expects the Fed to raise rates three times by the end of 2022, and it is unknown what to expect from the ECB.

The emergence of the new covid strain Omicron into the world has made adjustments to market expectations. Previously, traders and investors were given confidence by the stable "hawkish" strategy of the Fed, and now they are burdened by the unknown. Experts admit that in case of further spread of the new strain, the regulator will delay tightening monetary policy. Such a scenario will entail a revision of the Fed's current policy.

Despite the new threat to global markets, JPMorgan's currency strategists expect the US dollar to strengthen and the Euro currency to weaken in 2022. Bank of America experts are also set to continue the USD rally against the backdrop of high inflation, which the Fed is struggling with. The key topic of the coming months is the divergence of the strategies of the Fed and the ECB regarding PEPP. According to analysts, central banks are going to their goals in different ways.

However, these forecasts are a matter of the future, so let's turn to the events for this week. On Wednesday, the US authorities will publish data from the Beige Book, as well as ADP statistics for November, which includes the number of jobs in the non-agricultural sector (an increase of 515 thousand is expected). On Friday, a key report on the US labor market is expected. According to economists' forecasts, November nonfarm payrolls increased by 563 thousand, and the unemployment rate fell to 4.5%.

Interesting? Write a comment below.
 US dollar fell into a trance amid the Omicron strain but coped with an attack of panic
Forward 
Backward 