US inflation data continues to be gold's main driving force 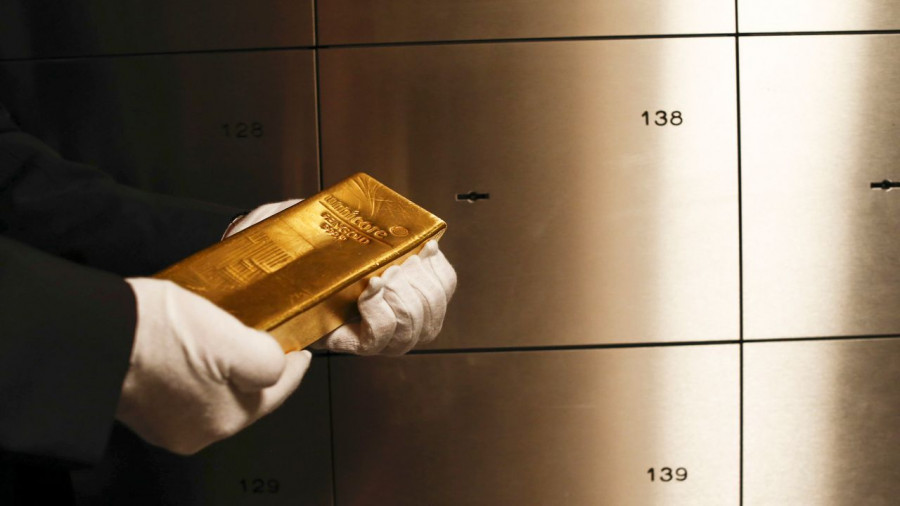 The shocking inflation data in the US continues to be gold's main navigator. On Wednesday, they raised the value of the asset, but on Thursday, they sent it to the red zone.

During the middle of this week, gold's price sharply surged after a 2-day drop. Its quotes increased by 0.9%, finding support from the next batch of US economic statistics. The data indicated a significant decline in the pace of housing construction due to the acceleration of the growth of prices for materials.

In view of this, the value of gold, which is traditionally considered by investors as a hedge against inflation, rose to the maximum value since June 11. But on Thursday, the metal left its 5-month high, ending trading with a decline. The reason was also the increase in inflationary pressure.

After the shocking data on consumer prices in the United States, which were published last week, investors are now tormented by the question of how soon the Fed will raise rates in the face of record high inflation. It can be recalled that on an annual basis, the rate of price growth in October reached the highest level in the country since 1991 and amounted to 6.2%.

Analysts draw attention to the fact that more and more officials are now beginning to consider the possibility of an earlier than expected increase in interest rates, as prices continue to rise at an accelerated pace.

Therefore, the CEO of the Federal Reserve Bank of St. Louis, James Bullard, said on Tuesday that the Fed should stick to a more aggressive course in the next few meetings.

And on Thursday, one of the most reliable political dovish of the US Central Bank, the head of the Federal Reserve Bank of Chicago, Charles Evans, said he was ready to support the normalization of monetary policy in 2022 if the inflation rate continues to remain high. 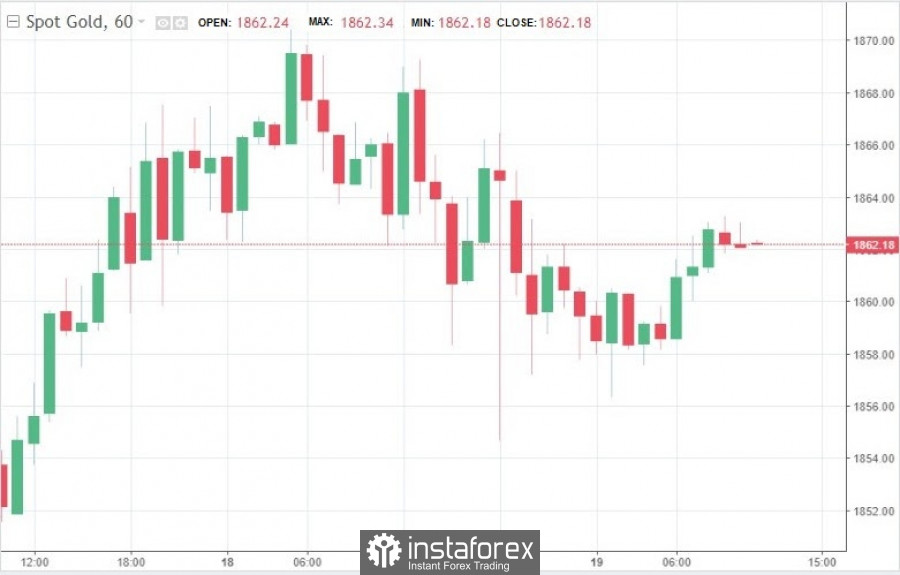 The value of the precious metal has fallen even despite the weakening of the US dollar and the decline in the yield of 10-year American bonds, whereas usually these factors have a positive effect on the yellow asset.

"Despite the fall in value on Thursday, we do not think that investors are now afraid of a large-scale pullback. After all, the recent decline caused by the Fed's statement about the beginning of a reduction in bond purchases was not significant. Therefore, the quotes are likely to continue to gradually move up from the current levels" analyst Naeem Aslam commented on the situation.

This morning, gold prices really turned upward. At the time of preparation of the publication, the quotes increased by 0.2% compared to yesterday's close. Nevertheless, the yellow metal is on its way to its first weekly decline in 3 seven days.

Many experts believe that the future prospects of bullion will remain uncertain until the Fed announces a clear timetable for the start of rate hikes. Therefore, all investors' attention is currently focused on the next meeting of the US regulator on monetary policy, which is scheduled for mid-December.

Meanwhile, Kieran Tompkins, an economist at the British consulting company Capital Economics, suggested that, despite the alarming level of inflation, a rally in gold is unlikely to be possible over the next few years, since price increases will go hand in hand with the tightening of the monetary policy of the US central bank.

Back in the summer, Capital Economics said that bullion would end the year at $1,750. And even the recent impressive 7-day rise in the metal did not force experts to revise the scenario upward. The forecast remained negative for gold for the next year.

The company expects that inflation in the United States will remain at an average of 3% in 2022. Against this background, there will be a moderate tightening of the current Fed rate, which will eventually lead to an increase in the real yield of US Treasury bonds and a drop in gold prices.

At the same time, K. Tompkins added that there is a circumstance in which inflation may still play on the side of the precious metal.

He said that if market participants are convinced that a certain asset will retain its value during a period of growing inflation, then demand always grows, no matter what. Adding that collective persuasion raises the price and makes any financial instrument an effective inflation hedge.