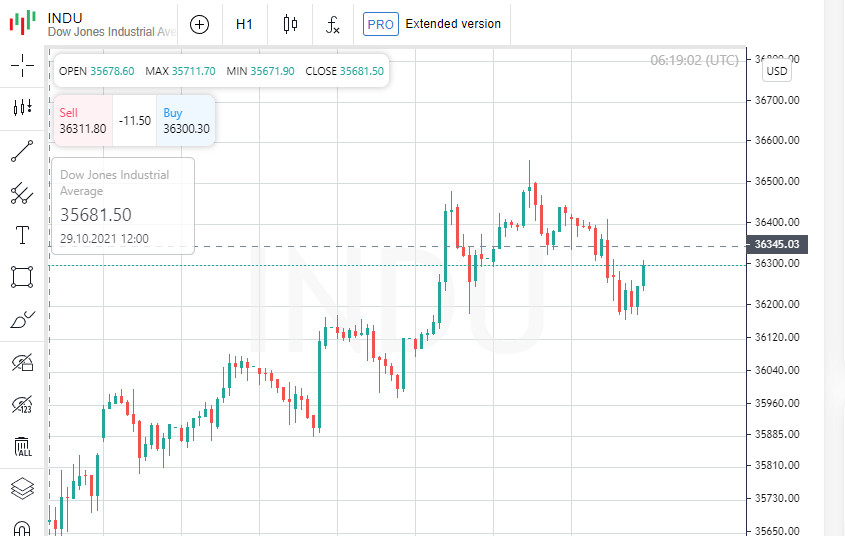 Some investors saw the market pullback as a little respite after several days of continuous gains. Strong company reports for the third quarter support the stock market, despite continued investor concerns about rising inflation and supply chain problems.

In addition, the National Federation of Independent Business reported that the small business optimism indicator dropped 0.8 percentage points in October, to 98.2 points, the lowest since March.

General Electric Co. rose 2.7% by the end of trading on Tuesday. The American concern announced that it will split operations into three independent public companies.

The price of securities of the developer of the online video game platform Roblox Corp. soared by 42%.

Cruise operator Royal Caribbean's share price fell 2.5% on news of the imminent resignation of the company's chief executive Richard Fane, who has held the post since 1988.