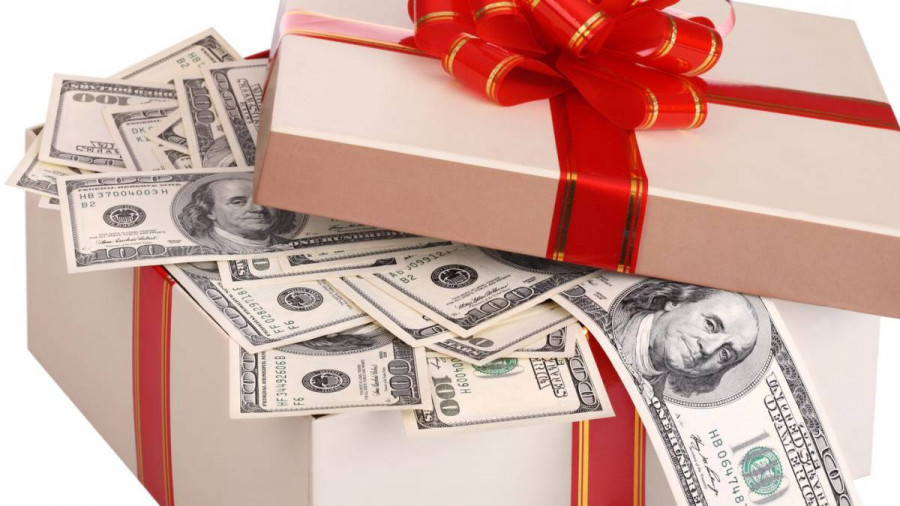 A few days have passed since the nomination of Jerome Powell as Fed chair. During this period, the US currency has been quite volatile. However, it managed to remain at the same levels. Yet, what does the future hold for the US currency?

The main risk for the greenback lies in the Fed's monetary policy. Not long ago, the regulator clarified its next steps regarding the tapering of its quantative easing program and the key rate hike. Earlier, market participants were confident that the Fed may take a hawkish approach to combat rising inflation. However, they doubt that it might actually happen. Previously, traders hoped that the central bank would speed up the reduction of asset purchases in order to take control over consumer prices. At the same time, they expected the Fed to raise the interest rate earlier than planned to cap inflation that soared in October 2021.

However, market expectations were only partially justified. The regulator has a plan of action yet it is in no rush to implement it. Many investors are concerned that the Fed is behind the inflation curve. In the current situation, market players prefer short-term government bonds and the US dollar. They believe that in 2022, the regulator will have to raise the key rate three times in order to outpace inflation.

As a result, the greenback is hesitant to pick up a trajectory. Traders fear some unpleasant surprises from the Fed. Luckily, the greenback holds its position. For several days, the US currency has been growing, trying to consolidate at its highs. The greenback has reached a 16-month high amid an increase in Treasury yields.

On November 25, the US dollar sank slightly against the euro. However, it is still strong. The growing yield of government bonds and the rally of the US currency are weighing on the euro. Besides, the euro lost momentum because of the deterioration of the Business Confidence Index in Germany over the past five months. The main reasons for this were supply chain disruptions in the manufacturing industry and a surge in coronavirus infection. According to the reports of the Ifo Institute, in November, the German business climate index fell to 96.5 from 97.7. The euro dropped by 0.3%, to 1.1205 following this news. This is the lowest reading since July 2020. On November 25, the EUR/USD pair slightly regained its position, trading in the range of 1.1214-1.1215. 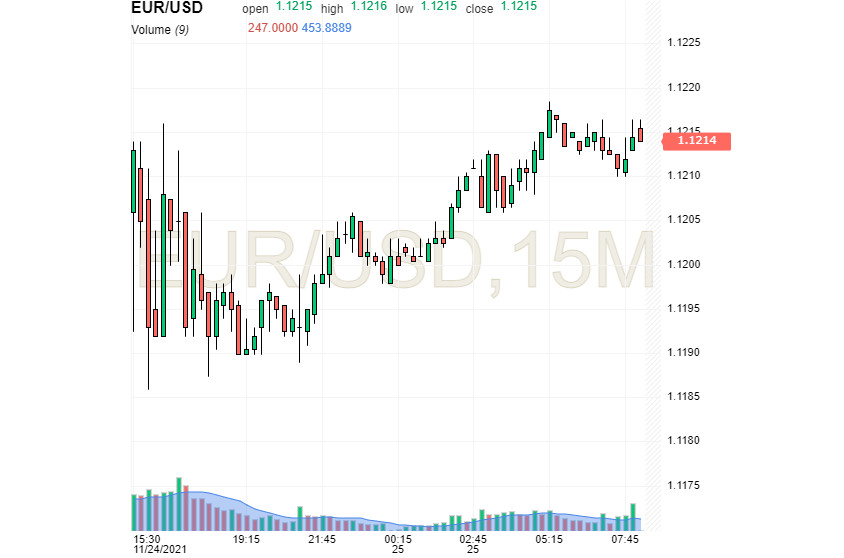 The US dollar strengthened even more amid the positive statistics on the labor market. The economy added 582,000 jobs per month. At the same time, the number of initial jobless claims fell to the lowest level since 1969. According to economists, this indicates the steady recovery of the US economy. This trend is expected to continue until the end of 2021. The economic outlook remains positive on the back of an increase in retail sales and consumer spending in the United States.

Therefore, the US dollar is climbing higher amid upbeat fundamental data. However, experts recommend investors be cautious as the trend may change at any time. The Fed has just started to reduce asset purchases. According to the FOMC minutes of November 3, the regulator is ready to reduce the QE program and raise the interest rate in 2022. However, the criteria for policy changes look a little blurry.

There is also a disagreement among FOMC members on the volumes of QE tapering. Many policymakers are in favor of accelerating the pace of reduction and an earlier interest rate hike. Analysts are worried that FOMC members may fail to reach a compromise because of polarized onions on the matter among policymakers.

The next Fed meeting is scheduled for December 14-15. Market participants are highly anticipating this event as the regulator may provide more hints at its future steps. Now, the regulator is poised to rapidly complete the asset purchase program. However, Fed members need to find a compromise on the key ussie in order to work in unison.