USD/JPY is trading in the red at 113.17. DXY's drop forced the US dollar to weaken, while the yen managed to rise. Technically, the pair remains vulnerable to slide further after breaking out strong support levels.

In the short term, it has rebounded, but it has only retested the near-term resistance levels before dropping deeper. The yen received support from the Japanese Housing Starts which registered a 10.4% growth versus 5.4% expected, while the Unemployment Rate dropped unexpectedly from 2.8% to 2.7%, even if the specialists expected the indicator to remain steady at 2.8%. 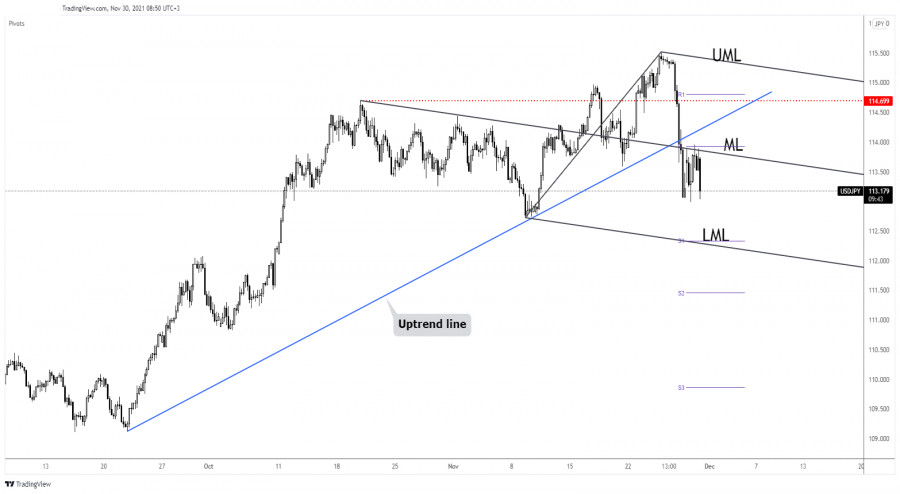 USD/JPY retested the descending pitchfork's median line (ML) which stands as a dynamic resistance. It could extend its drop as long as it stays under this line. Its failure to reach and retest the uptrend line or the 114.00 psychological level signaled that the sellers are strong.

113.07 level represents static support. Making a valid breakdown below it could open the door for more declines towards the descending pitchfork's lower median line (LML) and down to the weekly S1 (112.33).

After its previous sell-off, a minor rebound was natural. In the short term. The bias remains bearish. Making a new low, bearish closure below 112.99 could signal a potential further drop.