Bitcoin has taken the first step towards a recovery, having settled near the area of $48k- $49k. BTC was approaching this range for about a week, giving a bullish manner to the price dynamic on the weekly chart. In addition, on-chain metrics and the news background are becoming more positive, which also improves investor sentiment. All these factors indicate that the price of BTC can resume the upward movement by making a V-shaped reversal.

Over the past few days, bitcoin has significantly strengthened so that yesterday's report on extremely high consumer inflation was almost ignored by crypto traders: the asset declined by just 1.5%. Such confidence is based on fundamental positive factors that suggest a quick resumption of bitcoin's uptrend. Besides, on-chain activity has increased together with investments in cryptocurrency products.

A successful consolidation above $48k is largely attributed to higher investment flows in bitcoin-based products. Thus, bitcoin futures ETFs became the main investment channels. As of December 8, open market interest in the BITO ETF has reached its highest level since launch, which should be regarded as a bullish signal and a gradual increase in activity among institutional investors. 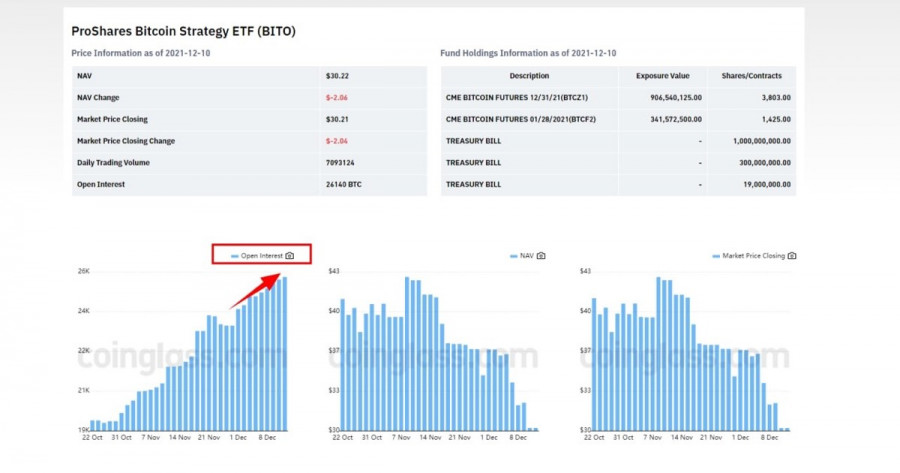 Rising investment flows are accompanied by an increase in BTC on-chain activity and large transactions by crypto market participants. The total number of unique addresses is about to reach previous highs and continues to rise after the recent crash. A similar trend is observed in transaction volume, which indicates that the interest in cryptocurrency is rising both among retail investors and large market players. In addition, the accumulation process has also accelerated, meaning that all major categories of investors have resumed purchases of BTC. 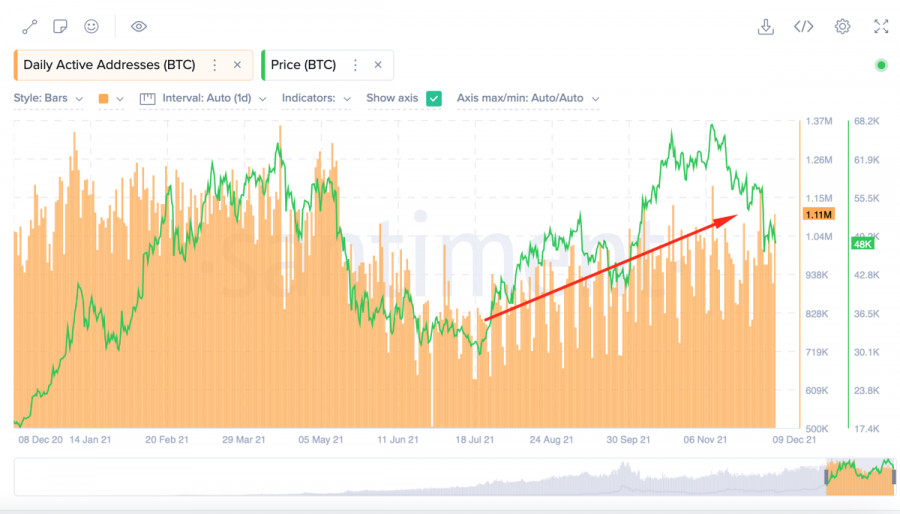 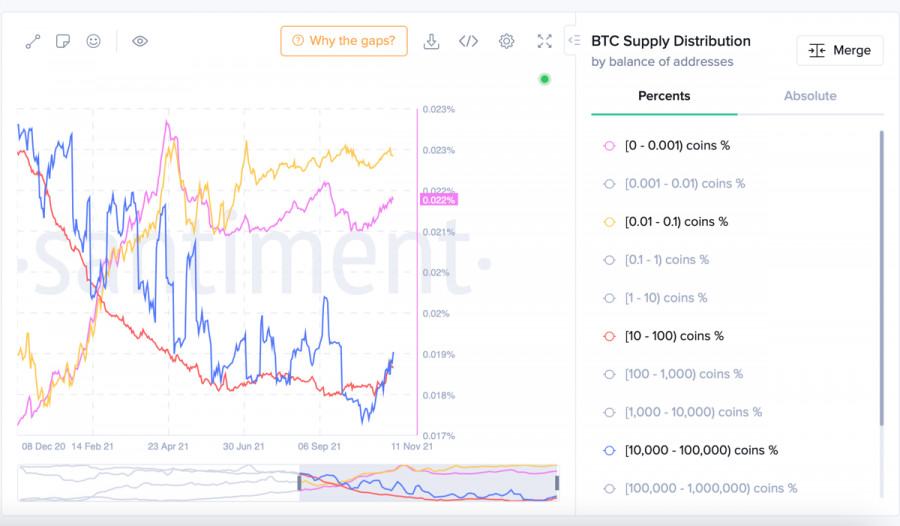 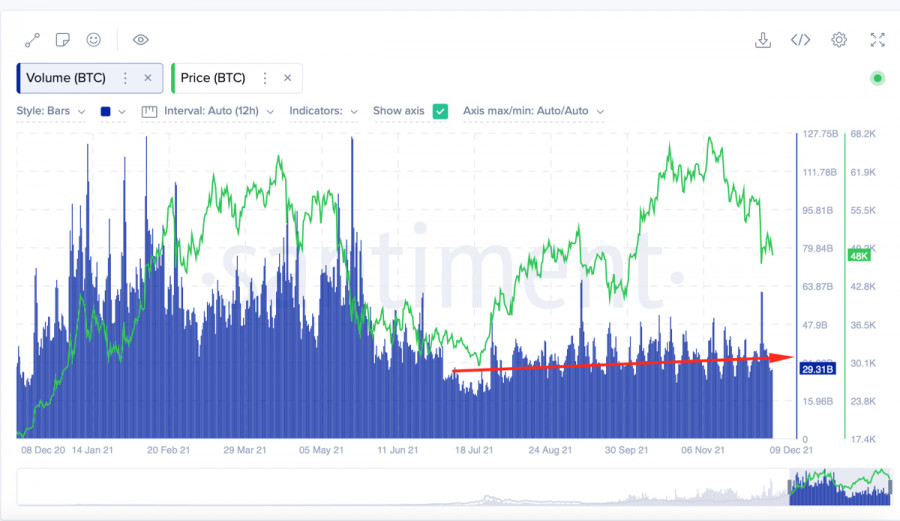 From the fundamental point of view, bitcoin is poised to resume its upward movement. At the current stage, the formation of a V-shaped reversal looks like the most possible development of the price movement. Bitcoin can use the strong area of support at $48k- $49k to accumulate the volume needed and jump to the $56k level. This is where the price started a downward movement. Therefore, consolidation above this level will serve as a signal for active purchases. Further recovery will face the obstacle at $61.5k where a strong resistance zone is located. After consolidating above this zone, bitcoin will enter the stage of a bullish rally. 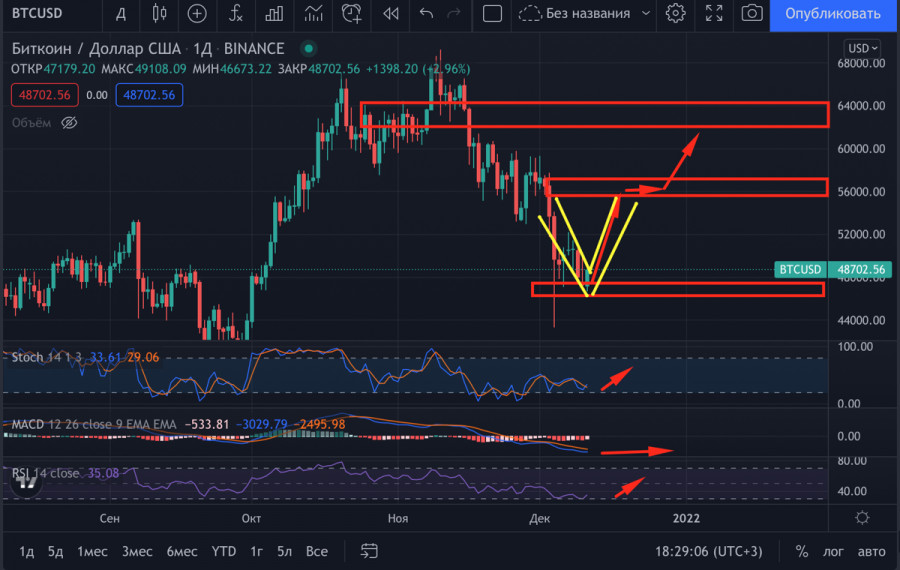