Jerome Powell's speech in the Senate triggered volatility in the market. Following the speech, there was a big drop in many markets, while the US dollar managed to grow higher. However, immediately after the collapse, markets began to recover. Many analysts believe that such strange behavior of markets could be due to some kind of speculation. The fact is that after Powell began to present his annual report to the senators, almost all the largest media agencies worldwide revealed news about Jerome Powell's hawkish tone. For instance, they said that the Fed would tighten monetary policy quicker than expected and more aggressively than planned.

Naturally, traders were highly concerned about such a possibility. It triggered panic across markets. Curiously enough, in the transcript of Jerome Powell's speech, there was not a single word about monetary policy tightening. He did not even touch the topic of quantitative easing tapering. Perhaps the media did not mean the speech itself but Powell's answers to tricky questions from senators. However, if you carefully study the countless publications in the media on this topic, there is not a single reference to Powell's words. There were only comments and predictions of various representatives of the financial sector, namely those organizations that carry out exchange operations. They claim that Jerome Powell's speech had a hawkish tone.

Investors calmed down quickly amid this discrepancy between media reports and reality. This was the reason for a rebound in the market Apparently, it was just a banal attempt to manipulate markets. By the way, it is viewed as a criminal offense in the US and other countries. However, nobody was punished. In the US, freedom of speech is valued above all else. Of course, it was an unfair game. Some people uncured losses. Unfortunately, sometimes such situations occur. This is why investors should be extremely cautious and check the information twice before making a decision.

The US dollar was not affected by the current market panic. On the contrary, it managed to gain momentum. The greenback has been rising since spring. This is why many analysts are now betting on a long-term rally of the US dollar as they see no reasons for its decrease. Today, the US will unveil its jobs data. The economy is expected to add 580,000 new jobs. Last month, the figure totaled 571,000. To achieve stability in the labor market, the economy should add 150,000 jobs a month taking into account the rate of population growth and economic activity. The unemployment rate has already reached 4.6%, which is below the Fed's target level of 5.0%. So, the labor market seems to be stabilizing. It is bullish for the greenback. Thus, the US dollar is highly likely to grow further. 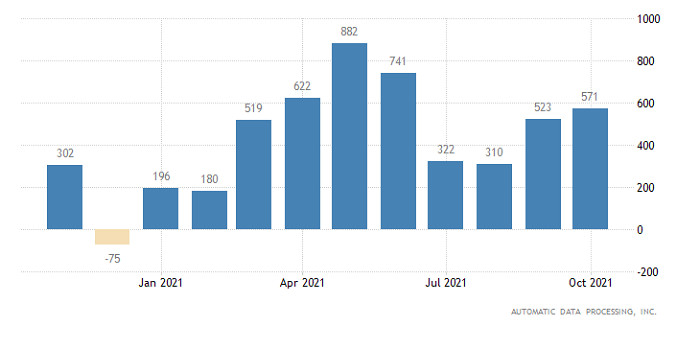 After having stuck in the range of 1.3290/1.3370 for some days, the GBP/USD pair moved down. As a result, it broke through the lower limit of the sideways channel, approaching a new low. However, bears did not enjoy their victory for long. Later, the pair recovered to its previous levels.

On the 4H and D1 charts, the RSI indicator has been moving between the 30 and 50 lines for the eighth trading day in a row. This signals an increase in short positions.

The D1 chart shows a gradual decline in the pound sterling, which has already led to big price changes within 6 months.

Despite the fact that the sideways range of 1.3290/1.3370 has already been broken, the price returned again to these levels. If the price holds outside of a particular border on a 4H chart, it may well indicate its next movement.

The complex indicator analysis signals long positions on short-term and intraday charts amid the price recovery after a recent jump. Technical indicators show a bearish momentum, signaling short positions on the medium-term timeframes due to the ongoing downward movement. 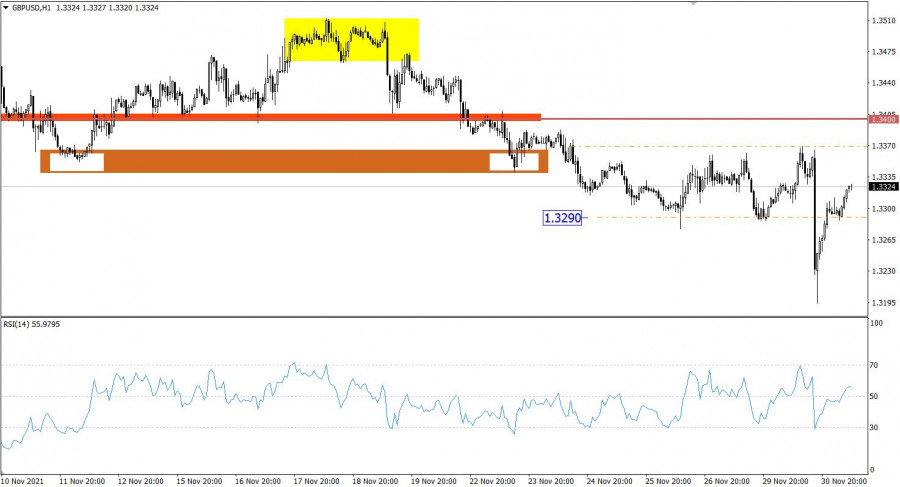