Bull market is culminating in bitcoin's potential to hit new all-time high or decline below $30,000

After its recent plunge bitcoin has managed to stabilize and is holding steady at $48,000. Another positive aspect is that the market reacted calmly to the news on inflation growth, also indicating the stability of the current consolidation range. However, there are signals that the coin will hold below $50,000 for about a week, accumulating the necessary volumes for growth. Taking this fact into account, it is worth considering likely scenarios for price movement in a bull market or identifying likely targets for a correction if the current growth cycle ends.

The cryptocurrency's positions are quite weak even despite its successful consolidation above $48,000. Bitcoin's further upward movement is limited due to the lack of necessary volumes and investors' fear. The asset crossed the no-return line at $52,000, which made analysts reconsider the technical analysis. Well-known analyst PlanB, who predicted the coin to climb $98,000 in November and $100,000 at the end of 2021, expressed his view. The expert stated that the coin was at a crossroads and could both resume a bull rally and enter a full bull market. I support that view. However, I stick to the bullish scenario, according to which bitcoin is in the embryonic state of the fifth wave of growth, and the current correction was caused by a complicated structure of the 4th wave in a five-wave structure. At the same time, I do not exclude the possibility that the price could go down and a bear market starts. 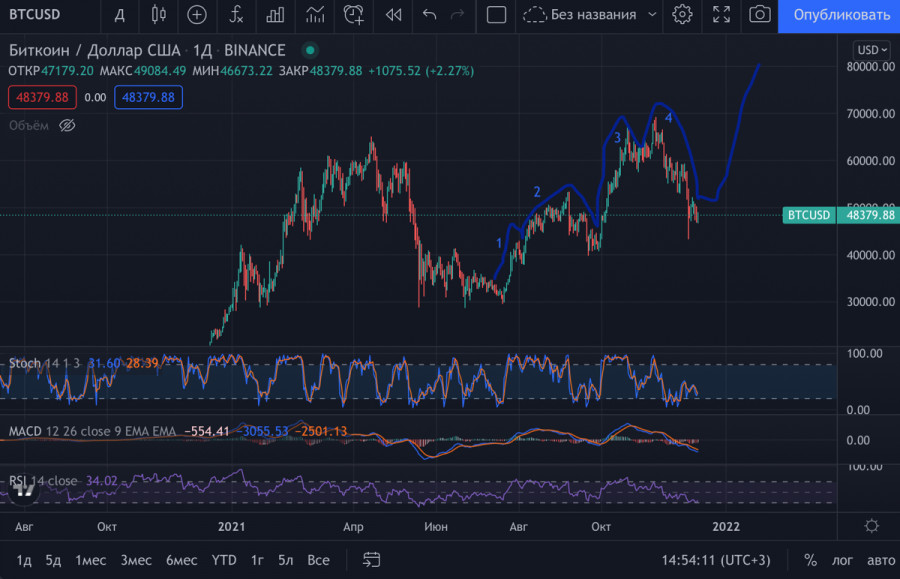 In a positive scenario, bitcoin has not hit its high in the current growth cycle yet. It indicates that at least one more wave of growth is expected, which will occur at the end of 2021 and the beginning of 2022. I also back this idea, and I believe that the price of the cryptocurrency still retains the potential to move towards $75,000-$80,000. Considering that in the next week and a half the asset will try to recover above $62,000, I assume that BTC will mostly rise in early January. 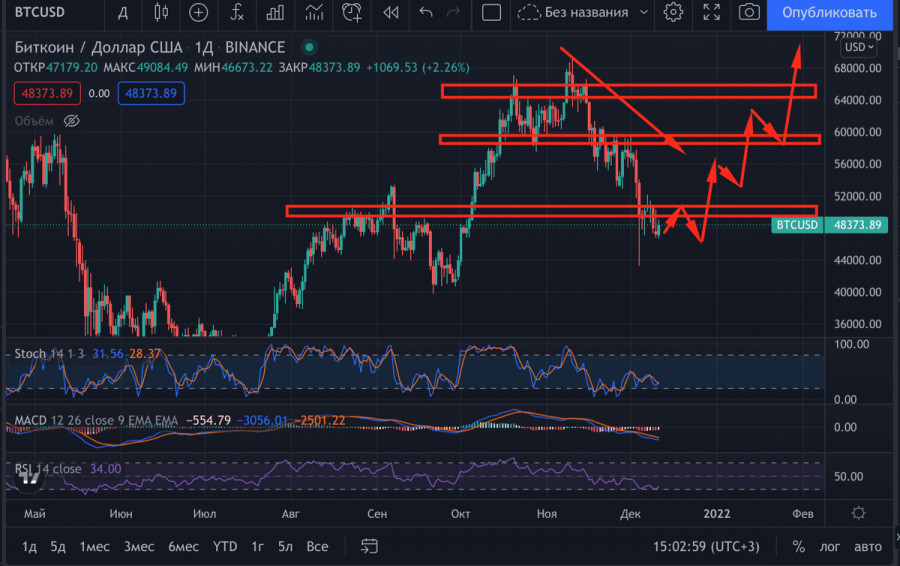 In a negative scenario, bitcoin heads into a full bear market, which historically comes with a correction up to 80% of ATH. This is an extremely negative scenario in which the crypto's downside potential is estimated to be around $14,000. The PlanB analyst believes that a sharp drop in quotations is unlikely as the asset has not hit its high in the current cycle yet. Even with an immediate correction, the market would most likely not allow BTC to fall below $20,000, the high of 2017. Considering $69,000 as the absolute high of the current price movement period, a correction to the $25,000-$30,000 range is possible. However, it is more likely to be around the previous local low at $28,700. 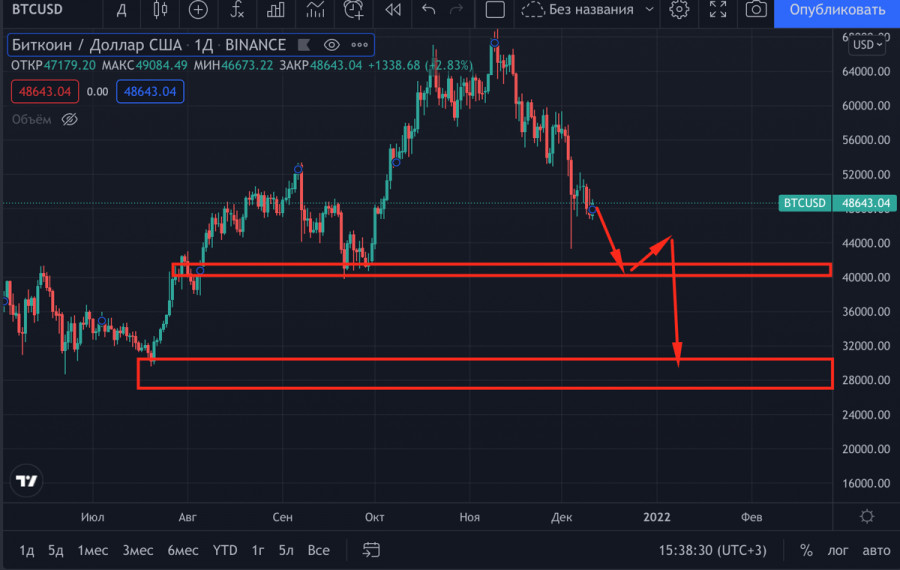 As of 2:00 pm, bitcoin is moving in a narrow downward channel of $46,000-$51,200, which could be broken in the near future. This is indicated by the tightening and formation of a triangle pattern with a high chance of being broken upward. Technical indicators of the cryptocurrency confirm this fact: the stochastic oscillator has formed a bullish cross and is starting an upward movement in the bullish zone. It indicates the emergence of upward momentum, and the growth of the relative strength index to the 50 mark, refers to the activity of bulls and the start of the accumulation period with a parallel exit from the channel. In case of a successful break the price has good chances to go towards the Fibo level of 0.236 and to consolidate above the psychological mark of $50,000. With such a scenario the range of $50,000-$60,000 becomes the key one for the third week of December, indicating the movement to the new highs before 2022. 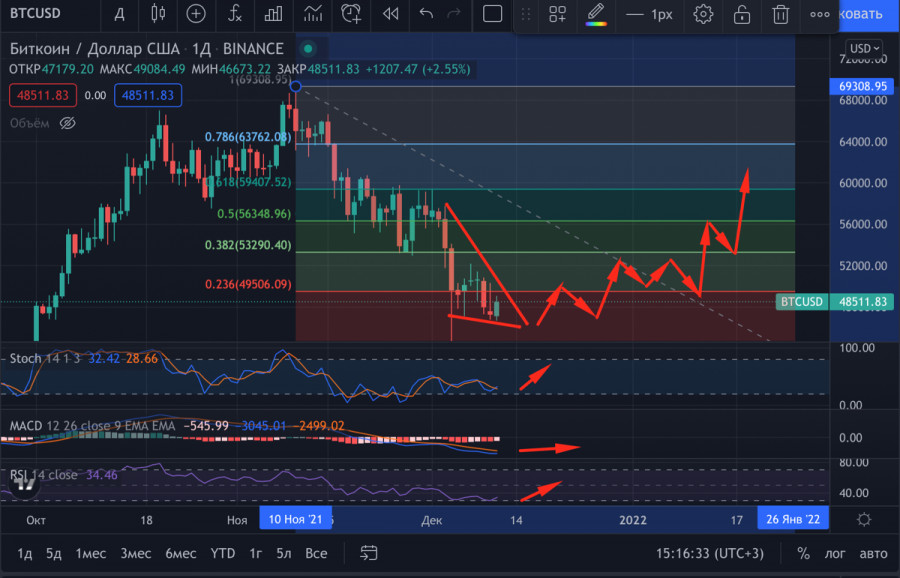