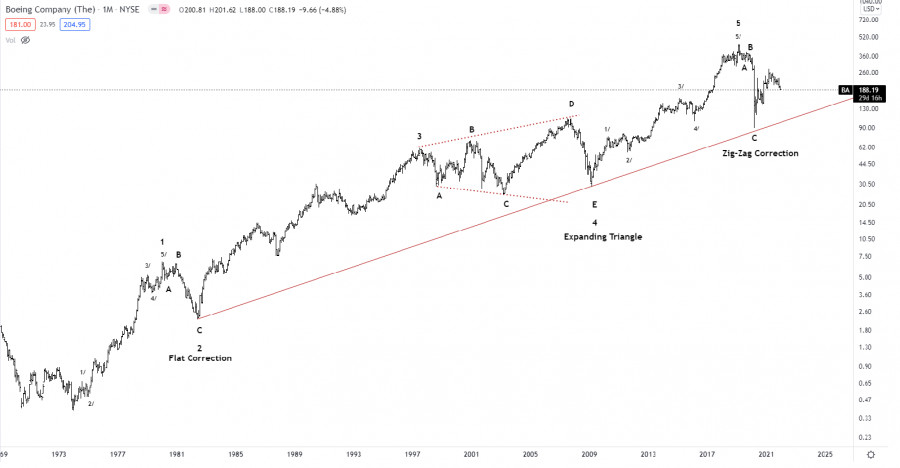 I have revealed a forecast for Boeing before. However, I would like to show it again as it is the perfect example of a complete Elliott Wave Cycle. Boeing started is impulsive rally back in January 1974 and it peaked in February 2019. A 45-year rally and in just 2 years we have seen a correction take back 78.6% of that rally.

Looking closer we can see all three rules being implemented as well as the alternation principle. The three rules in the Elliott Wave Principle are, at wave 2 cannot move below the starting point of wave 1, which it does not. Rule two is that wave 3 cannot be the shortest of the three impulsive waves, which it is not, and rule three is that wave 4 cannot overlap the price-action of wave 1, which it is not even close to doing.

The alternation principle says the structure of wave 2 and 4 should be different in shape and time and they certainly are.

So this is the perfect way to see Ralph Elliott Nelson's wave principle in a real life.