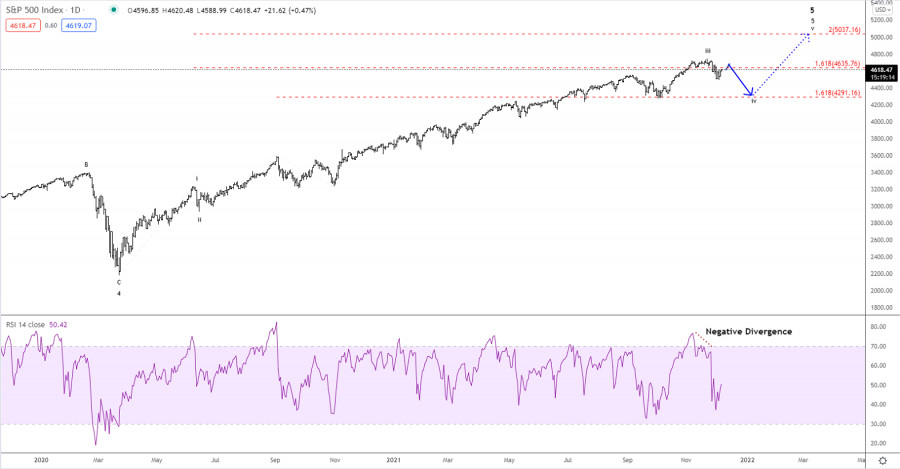 The S&P 500 has made a nice rally from June 2020 to a peak in November at 4,744. This was slightly above the 161.8% extension target, which we normally would expect wave 3 to hit. It did so building a negative divergence, which also is common for the peak of wave 3 and therefore we are likely to see a temporary correction in wave 4 before the final rally higher to at least 5,037 and maybe even higher.

As wave 2 was a simple correction, we should expect wave 4 to much more complex and time-consuming. The minimum target for wave 4 is seen near 4,300, but wave 4 could be deeper than that and continue towards 4,053 before turning higher in wave 5 towards 5,037.

So for now expect some difficult weeks/months ahead before renewed bullishness in wave 5.