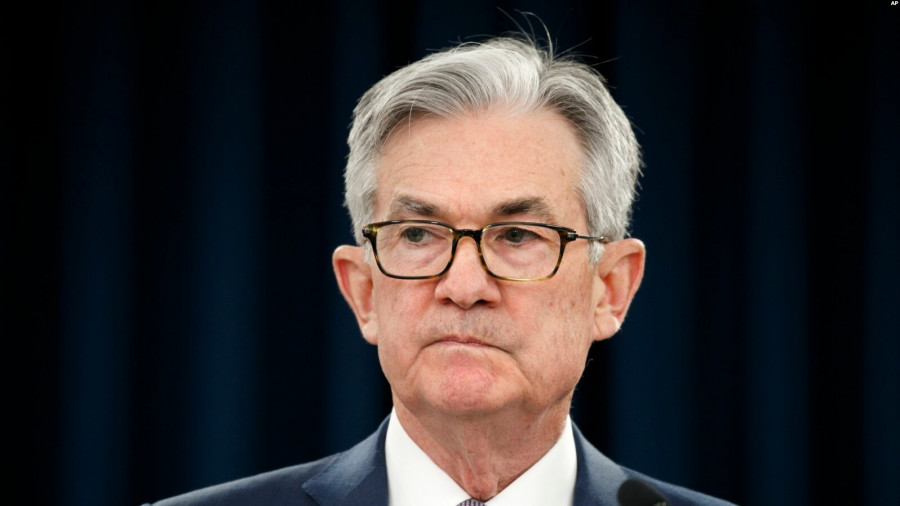 In our previous review, we mentioned the dollar's reaction to a hawkish Federal Reserve. Now it is time to find out how the stock market feels about a hawkish decision of the US regulator. Interestingly, instead of a fall in the main stock indices, we saw how the Dow Jones, the NASDAQ, and the S&P500 went up. So, the stock market reacted to the outcome of the FOMC meeting contrary to expectations. At the same time, within the next 24 hours after the meeting, the market is expected to trade on emotions. Only when it deals with them, we will be able to conduct a long-term analysis. We see how the Federal Reserve continues speeding up the winddown of the QE program. The regulator will abandon it completely in just three months. In the past 18 months, the stock indices were rising as the US central bank was injecting $120 billion into the American economy. In fact, this is the reason behind the highest inflation rate in the country. Indeed, the economy saw large-scale stimulus, but the pandemic badly affected the production of goods and services. Consequently, inflation went up. However, since March 2022, markets will have to do without injections from the Fed. There are more factors that influence the forex market (for example, other central banks also carried out their QE programs, which means that the money supply grew not only in the US) compared to the US stock market. Accordingly, when the Federal Reserve ends bond-buying, the stock market will lose its main growth factor of the last 18 months.

It does not mean that the stock market will stop being bearish for years and even decades. It showed growth in the days when the Fed did not inject hundreds of billions of cash into the economy. Nevertheless, the market is likely to enter a deep correction after a prolonged bull run. Apart from that, the US regulator revised up its 2021 inflation forecast and decreased its unemployment and GDP expectations. The Fed's policy-setting panel expects rate hikes next year, and the median is at 0.9% on the dot plot. This means that the regulator is likely to raise interest rates three times in 2022. The state of the jobs market will improve in the coming months and the American economy will no longer need stimulus, Chairman Jerome Powell said. The head of the Federal Reserve also pinpointed the effect of the Omicron variant on the economy. The latest coronavirus strain could deliver a severe blow to the economy but it is now too early to draw any conclusions, according to the chairman. So far, the Federal Reserve does not expect the American economy to slump due to the Omicron variant.