Yesterday, the Australian dollar went above the target level of 0.7171 for the second consecutive day, but could not settle above it, and, as a result, a rollback took place from the level. But the Marlin Oscillator is going sideways, which indicates a likely correction that is not deep, if it continues. The main scenario is still overcoming the 0.7171 level and reaching the second level of 0.7227. The potential for corrective price growth relative to the entire fall from October 28-29 is in the correction range of 50.0-61.8%, that is, where the MACD indicator line (0.7292) is located. 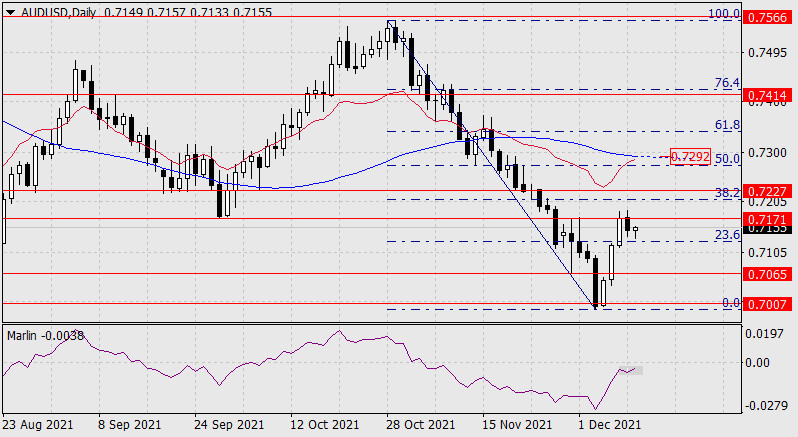 On a four-hour scale, the price is in an upward local trend: the price is above both indicator lines, Marlin has discharged from the overbought zone and is ready to continue its growth. The continuation of the current small correction can be up to the MACD line (0.7108), in this case the Marlin Oscillator will still remain in the zone of positive values, or it will reach the zero line and turn upward from it (according to the main upward scenario). 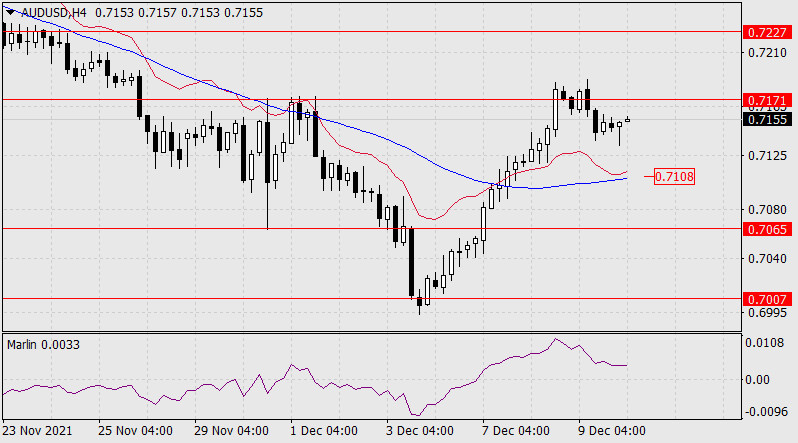