The wandering nature of the euro, which we talked about in yesterday's review, is gaining confirmation this morning. The daily scale Marlin Oscillator begins chaotic movements along the zero line, approximately as it was in the third decade of October (gray rectangle). Therefore, we can take the price movement to 1.1415 and to 1.1170 equally probable. Taking into account the current downward trend, which has been going on since May, the probability of a downward trend is 55%. Of course, surpassing the target level of 1.1415 and the MACD line will direct the euro into medium-term growth. 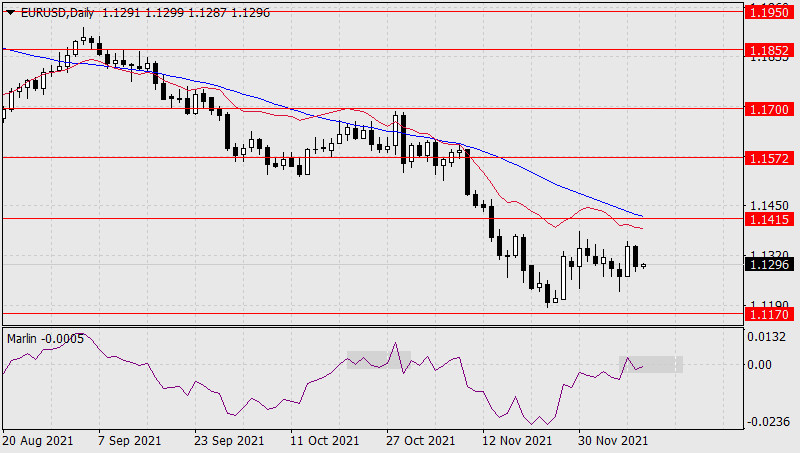 On the four-hour chart, the price is being held by the MACD indicator line, the Marlin Oscillator has penetrated the bears' territory. If the price moves below yesterday's low (1.1278), it will also correspond to its decline below the MACD line, which will increase the probability of price movement to the lower target of 1.1170 to 75%. 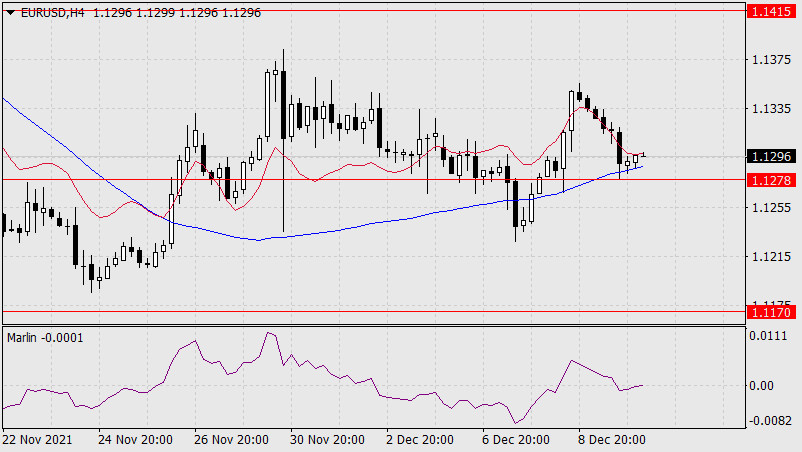