Last night, the Federal Reserve announced the results of its two-day monetary policy meeting. The asset repurchase program will be completed in March 2022, next year the committee members expect three rate hikes and three more in 2023. The unemployment rate next year, according to the FOMC, will be 3.5%, that is, almost full employment. The market puts a 90% probability of the first rate hike in March.

In addition to this bright event, another important event took place – the US Senate passed an increase in the national debt limit by $2.5 trillion (this money will be enough until the end of next year). But instead of the expected appreciation, the dollar suddenly lost ground, counter-dollar currencies went up, gold and stock indexes went up, government bond yields went up. This may mean one thing – investors are waiting for a tightening of policy at today's European Central Bank meeting. Indirect confirmation of such a strategic idea is yesterday's trading volumes – they were above average, but in the first decade of December the volumes were even higher.

Investors' expectations regarding the ECB meeting are simple – this is the fate of the PEPP and APP programs, as well as inflation forecasts. A shift from the ECB's current rather soft positions towards tightening may lead to an increase in the euro. 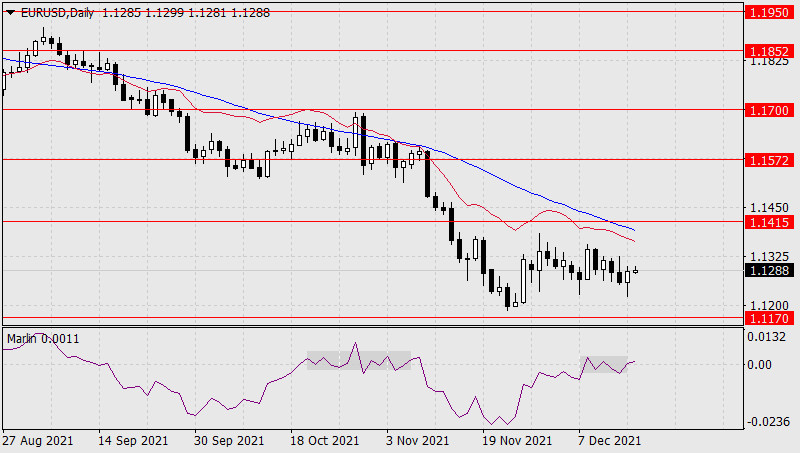 So, on the daily scale chart, the signal line of the Marlin Oscillator has penetrated into the territory of positive values. The probability of the price falling to the target level of 1.1170 remains (40%), at least on the basis of a possibly not very hawkish ECB meeting, but in general, a technical shift has occurred towards growth. The price will try to overcome the MACD indicator line with the target level of 1.1415. 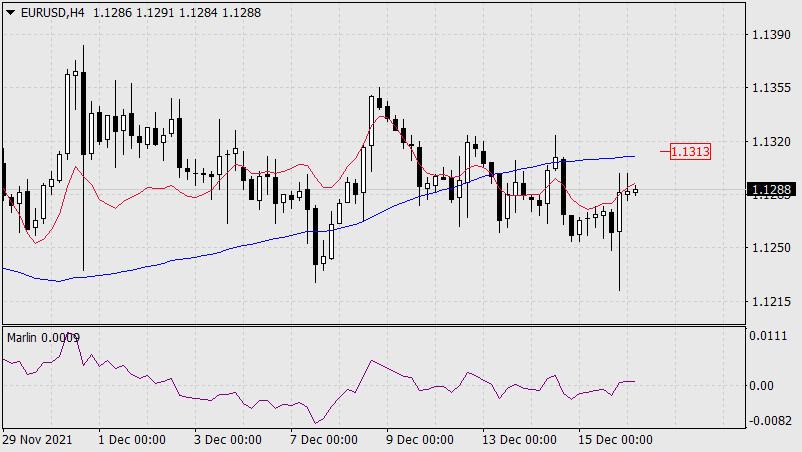 On the four-hour chart, the Marlin Oscillator is already in the positive area, it remains to wait for the price to settle above the MACD line (1.1313), and then it could reach the 1.1415 target.