The euro gained 43 points on Thursday. And it is very likely that the growth took place rather not as a result of a neutral meeting from the European Central Bank (a reduction in the total volume of PEPP and APP by 20 billion euros was expected), but as a result of the Bank of England meeting, which raised the rate from 0.1% to 0.25 %. At the same time, the pound itself added 57 points, which looks like a still weak reaction to the BoE's unexpected decision. As a result, it turns out that the euro did not receive the impetus that it expected immediately after the Federal Reserve meeting. 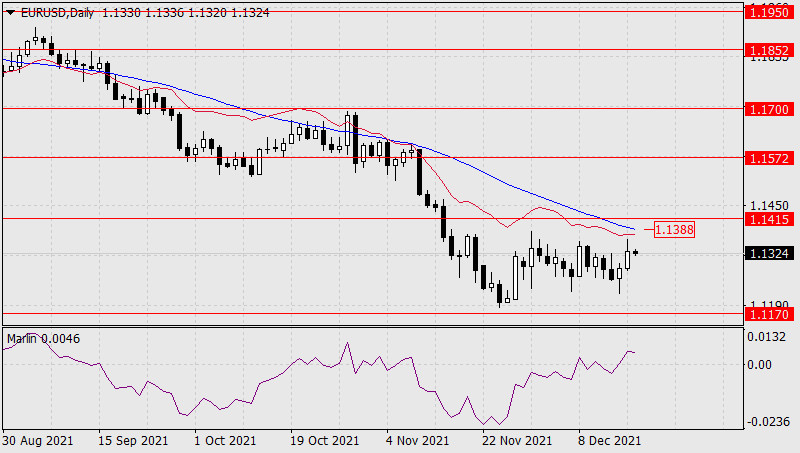 But for now, the euro maintains an upward reversal mood. On the daily chart, the Marlin Oscillator looks vigorous, it has consolidated in the positive zone, the price is preparing to fight the MACD line (1.1388). Slightly above this line, there is resistance at 1.1415 - the peak of June 2019. In this range 1.1388-1.1415 it will be finally decided whether the market agrees to start an offensive against the dollar or is it too early. If the market still does not decide on such a large-scale play, then the euro may decline first to 1.1170, then to 1.1050. 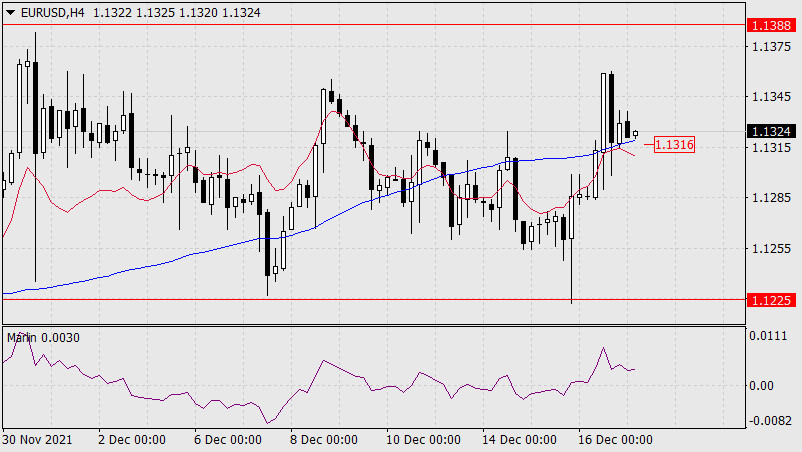 On the chart of a four-hour scale, the price is in an upward position: there has been a fixation above both indicator lines, Marlin is in the positive area. But the price could not break away from the MACD line any far, its reverse consolidation below this line (1.1316) can send the price to retest the strong support at 1.1225, overcoming which, in turn, opens the way to reaching the support at 1.1170.