Over the past two days, the USD/JPY pair has settled below the MACD indicator line and below the embedded price channel line on the daily scale chart. At the moment, the price is testing these resistances from below. It is possible that with the stock markets' further growth on today's positive, as expected, the US employment report, the dollar will break above these resistances (113.20) and the price will go to the nearest target of 114.05. The Marlin Oscillator is already signaling this scenario - it is turning up. 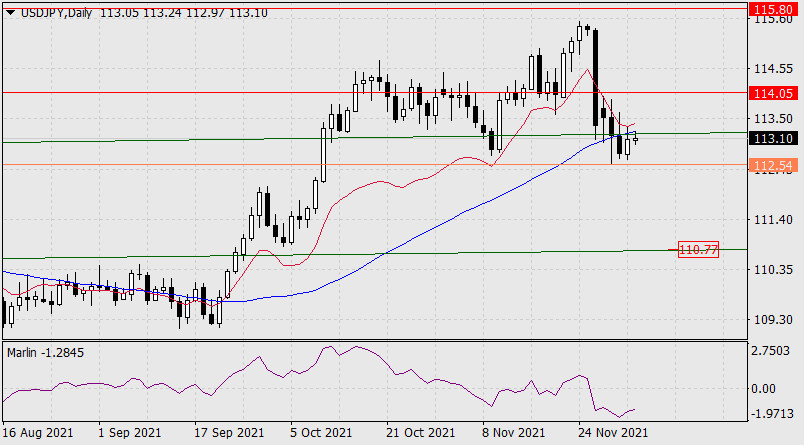 But until this happens, the price remains likely to move below the signal level of 112.54 - the November 30 low, and a further decline to the target of 110.77. 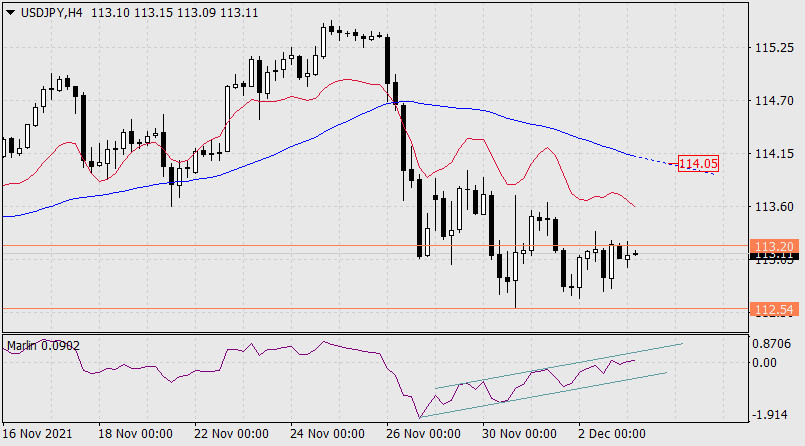 On the four-hour chart, the price is struggling with increased persistence against resistance at 113.20. The Marlin Oscillator has already moved into the growth zone and is helping the price. The target of the movement is the MACD line in the area of the 114.05 mark. If the price moves below the level of 112.54, it will also mean that Marlin will exit its own growing channel to the downside.