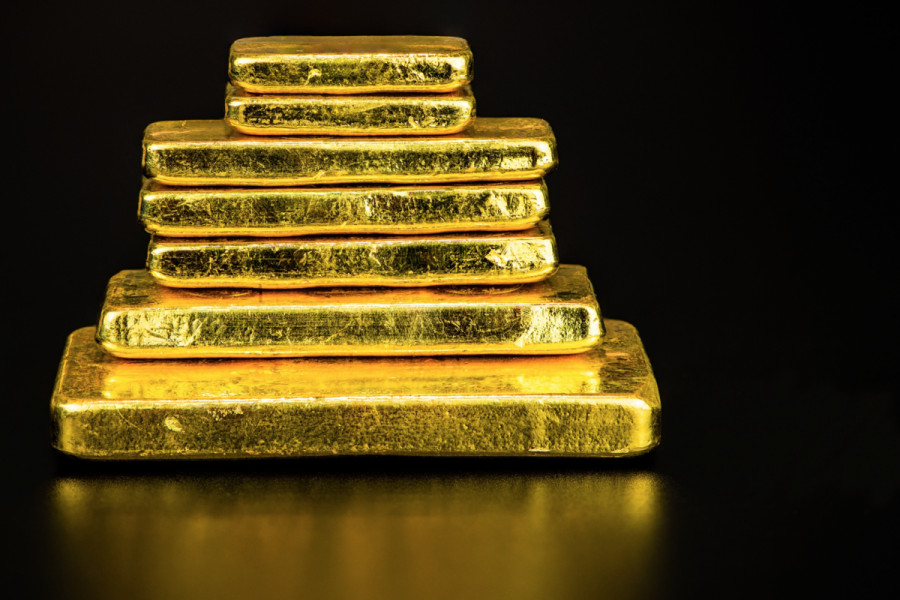 The Fed's hawkish intentions continue to put pressure on gold. Nevertheless, metal finds the strength to move forward. After the growth last Friday, the asset is also in the green zone this morning.

The precious metal looked like a complete outsider last week. According to its results, bullion fell by 0.1%, showing the third consecutive weekly drop.

Analyst James Hatzigiannis stressed that at this stage, the main obstacle for gold is growing concerns about potential deflation.

Last week, Fed Chairman Jerome Powell exerted more pressure, saying that the regulator may raise the issue of accelerating the pace of reducing asset purchases during the next meeting.

This prospect adversely affected the value of the noble asset. The precious metal suffered the most significant losses on Thursday, when it plunged by 1.2% and reached the lowest value since mid-October.

The situation changed dramatically on Friday. Gold changed its direction upward after the release of statistics from the US labor market.

The data on the number of jobs created in November turned out to be disappointing. Economists assumed that the indicator would grow by about 550 thousand, but it increased by only 210 thousand.

Slower job growth indicates an uneven recovery in the labor market. This is a positive factor for gold, as it may prevent the transition to a more aggressive policy of raising rates. 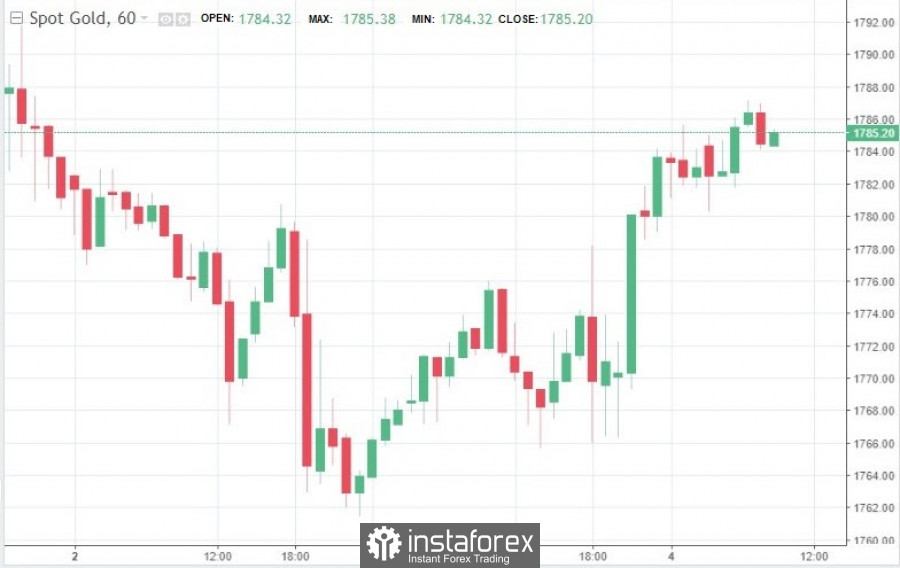 Despite Friday's growth, gold still continues to trade below the psychologically important mark of $ 1,800. It was not possible to break through it due to the fact that the data on the US labor market were ambiguous.

The report of the Ministry of Labor showed that the unemployment rate in America fell to a 21-month low. The indicator dropped from 4.6% to 4.2%.

Some analysts believe that a decrease in the overall unemployment rate may support the hawks in their desire to accelerate the pace of Fed tightening, as a result of which the precious metal will retreat again.

Therefore, market strategist Mark Chandler expects that gold prices, faced with another obstacle from the Fed, will test the support level of $1,750 in the near future.

His colleague Ole Hansen is also not optimistic about the yellow asset at this stage, when rising quotes are facing new pressure from sellers.

"During the week, the demand for gold has not increased, even despite increased concerns about the new Omicron strain," – O. Hansen drew attention.

At the same time, there is an opposite opinion about the prospects of this precious metal. Some experts do not expect significant changes in the Fed's monetary policy in the near future, and therefore believe that gold has a chance to attract a new bullish momentum.

Analyst Nicholas Frappell noted that weak US employment data as well as coronavirus news will support prices in the short term.

According to him, if gold holds above the $ 1,760 level, which should be monitored now, quotes could test short-term resistance at $ 1,811.

Strategist Adam Button is also optimistic about the yellow metal, as concerns about the new COVID-19 strain continue to gain momentum. And this, in his opinion, could weaken economic growth and force central banks to maintain a softer monetary policy.

"We have long understood that the economy is not as strong as we are led to believe; that inflation is likely to last longer and will be stronger; that the Fed will not have the courage to properly restrain price increases. These are just ideal conditions for gold" - analyst Adrian Day concluded.

TD Securities experts also believe that the precious metal may demonstrate a rally in the near future. At least, the Canadian investment bank's latest forecast for the first half of 2022 looks promising. Analysts predict that the value of bullion could surge to $1,900.

"The political risk associated with the upcoming midterm elections in the United States, the tax burden in America, relatively stable purchases of metal by central banks and a significant slowdown in the global economic recovery – these are the significant factors that can return investors' interest in gold," - the bank's analyst Bart Melek shared his opinion.