Hearings on the regulation of cryptocurrencies in Congress begin. Industry executives walk on thin ice

On Wednesday, the heads of six major representatives of the cryptocurrency industry are going to ask Congress to act cautiously by introducing new rules regarding digital assets. Otherwise, they risk directing the mining and turnover of the crypt underground or outside the United States.

Hearings on the regulation of cryptocurrencies in Congress begin

On the eve of the hearings in the Financial Services Committee of the US House of Representatives, which begin at 10:00 Eastern standard time, the leaders of the world's largest crypto companies announced that they are going to support clearer rules of market regulation. But in addition, they want to emphasize that excessively restrictive measures will not suppress activity, but simply push it away from the reach of the United States. 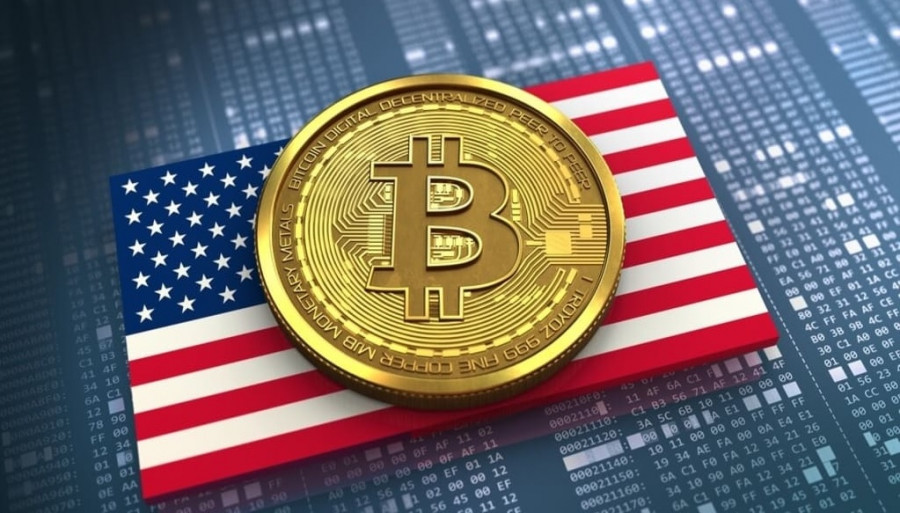 "This can effectively push crypto activity underground or to offshore exchanges that have little or no compliance programs."

The testimony released by the commission before the hearing lays the groundwork for what will probably be the most high-profile and closely monitored high-stakes event. Part of the reason lies in the fact that American lawmakers are categorical and put additional pressure on the leaders of the cryptocurrency so that they protect their business and concretize ideas for their control.

"It would be productive for us if the leaders presented an active agenda regarding what Congress can do to protect consumers and investors, the government will receive its taxes, and criminals and terrorists will be banned from using cryptocurrency," said analyst Jaret Seiberg from the Cowen Washington Research Group.

"There are several examples of US regulatory decisions that are legal abroad, which harms American investors, innovators, and workers," said Bitfury CEO Brian Brooks.

"There is a reason why cryptocurrency talents are no longer concentrated in Silicon Valley, the birthplace of the original commercial Internet," he believes.

Is the crypto industry in the future or already in the past?

The rapid growth of cryptocurrencies and, in particular, "stablecoins", which are digital assets whose value is tied to traditional currencies, has attracted the attention of regulators who fear that they could jeopardize the financial system if they are not properly controlled.

Some politicians, such as Senator Elizabeth Warren and Securities and Exchange Commission Chairman Gary Gensler (a well-known defender of cryptocurrencies), are also concerned that the products may be used for illegal purposes or to benefit unsuspecting consumers.

In November, a working group led by the US Treasury recommended to Congress to adopt a law according to which stablecoins should be issued only by firms that have insured deposits, for example, banks. According to analysts, Wednesday's hearing may serve as a good indicator of how likely it is that Congress will pass such legislation on digital currency.

In fact, despite the restrictions that many semi-legal firms operating with stablecoins face, this will have a beneficial effect on the industry in the end.

Well, it seems that the heads of companies are not going to give the advantage of the play-off, for which they have developed a unified approach to the upcoming hearings. They are guided by the belief that the US will not be able to give up the benefits of the turnover of BTC and other tokens.

"Stablecoins and their capital markets on the Internet are not too big to go bankrupt, but now they are too big to ignore," said Jeremy Allaire, CEO of Circle Internet Financial. "The policy framework should support an open and competitive playing field and allow new technologies to flourish."

Proponents say that stablecoins can revolutionize payments by offering a reliable, inexpensive, and instant way to transfer funds around the world. Executives say the United States should play a leading role in the development of this technology, just as US regulations allowed the Internet to flourish in the early 1990s.

"Let's work together to ensure that US policymakers will be the ones to lay the groundwork for a productive, smart, and regulatory roadmap for this technology worldwide," Denelle Dixon, head of the Stellar Development Foundation, said in a prepared speech.

"I hope that we can all agree that cryptocurrency and stablecoin should not be buzzwords thrown around to incite fear of the unknown."

But the calculations of industry leaders may not be justified. The increased demand for bitcoin and other tokens, which has been observed since the beginning of the pandemic, is a direct consequence of the surplus of the cheap dollar due to low-interest rates from the Fed.

In addition, cryptocurrencies are too volatile, so there are always enough bulls and bears in the market to provide sufficient liquidity.

Being under pressure from the banking sector, which makes full use of the opportunities of the crypto market to ensure profitability on the portfolios of its investors, US politicians condescendingly turn a blind eye to illegal trafficking for $ 3-4 billion and such "trifles" as cases of large extortion or theft using cryptocurrencies.

However, when the era of cheap loans ends, bankers will start withdrawing money from the cryptocurrency markets. The role of bitcoin and other altos in portfolio investments will decrease, and then Congress will cease to be a "kind uncle."

The heads of crypto companies should take advantage of the opportunity that Congress (temporarily) provided them and offer a clear and fairly transparent scheme for using blockchain in calculations. Because if they don't do it now, the legislators will do it on their own. From which the holders of the crypt are unlikely to benefit.

Or the regulator will simply put a big fat cross on the industry that has become unnecessary - until the next major crisis when banks will again need a gray market for speculation.

Of course, transparent regulation implies paying taxes and declaring all transactions with the crypt, but only this will help legitimize the industry. And fans of gray methods will have to adopt the methods of bankers who got the hang of hiding assets in the last century.