Markets are set to confirm FOMC's hawkish mood. Demand for defensive assets is expected to rise. Overview of USD, CAD, and

Stock markets are still nervous before the FOMC announcement, increasing their losses for the week. At the same time, a much larger-than-expected growth in the US producer price index (+ 9.6% yoy in November, manufacturing inflation one step away from double digits) added additional tension, fueling hawkish FOMC expectations.

Traders are waiting, if not for an answer to all the questions, then at least for directions where to look for these answers from the Fed meeting. For example, a sharp increase in the US inflation, which emerged due to unprecedented measures of "anti-liquid" support, led to a loss of correlation between the level of root inflation and oil prices, and now, there can be only two scenarios for a return to normal – either a sharp increase in oil prices to $ 180 or more/for a barrel, which no longer seems fantastic amid gas prices or a sharp drop in inflation in the United States, which is even less believable. 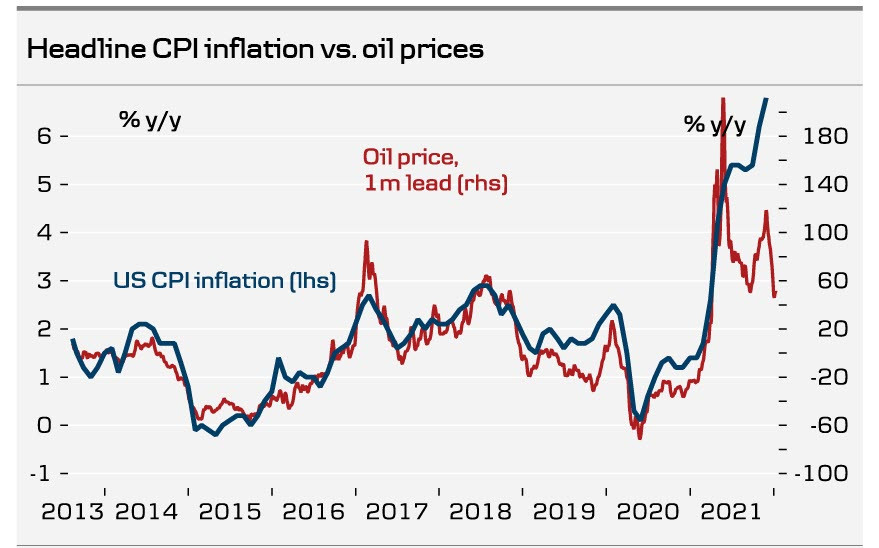 News from Germany brings the probability of a full-fledged energy collapse in Europe closer. At first, it became clear that the launch of the second Nord Stream line was postponed for a long time, and yesterday, it became known that Germany intends to stop three nuclear reactors and 11 coal-fired thermal power plants in December as part of the fulfillment by the greens of their election promises. Gas is expected to add another 10% in price since the drop in generation is expected at 6.4 GW. However, it is completely unclear how they will be compensated.

The dynamics of yields in the last day are also in favor of the fact that the FOMC will indicate its hawkish bias more clearly. As a result, the most likely reaction of the market is the demand for protective assets. The US dollar and the yen will be the favorites, but commodity currencies will most likely have to slightly decline.

The USD/CAD pair returned to three-month highs, which was facilitated by the results of the Bank of Canada meeting last week. There were expectations that the Bank might hint at an earlier end to its QE program, but this did not happen. The BoC left the "forward guidance" regarding future policy unchanged, reiterating its commitment to "keep the discount rate at the effective lower limit until the economic downturn is overcome." This decision played the role of a bearish trigger for the Canadian dollar.

At the moment, a rate hike in April is the most reasonable benchmark. This is a little earlier than the Fed is supposed to make its move, which gives USD/CAD some grounds to turn down, but no more.

According to the CFTC report, the net short position in the Canadian dollar remains, but it slightly declined to -740 million. The advantage is not too strong. The estimated price equaled the spot price, and the dynamics are bullish, so we consider the chances of continued growth in USD/CAD to be preferable. 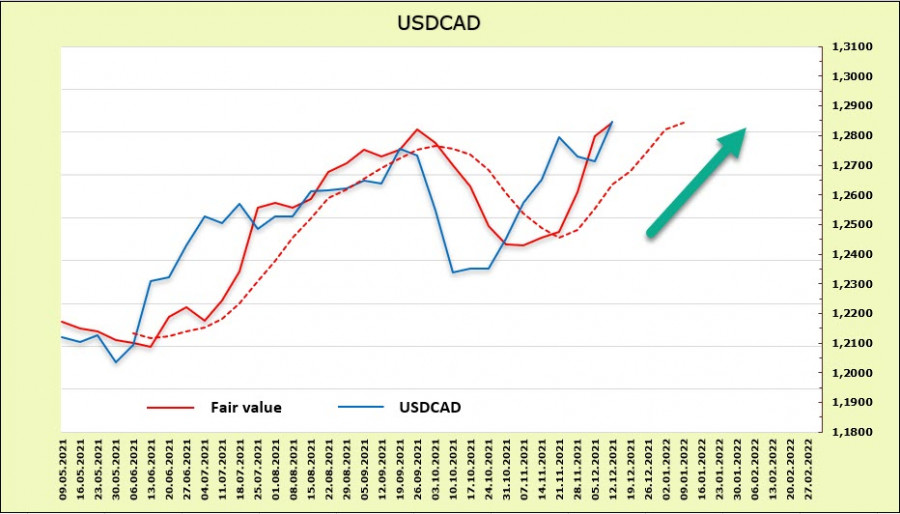 The nearest targets are 1.2040 and 1.3015. Everything will depend on the outcome of the FOMC meeting tonight. The probability of a downward reversal is low.

On December 14, the Bank of Japan published a full report on the Tankan economy, in which there were weak signs of an exit from the deflationary structure of the Japanese economy. For example, the sub-index for retail trade is the highest in the history of data collection, but while Mizuho Bank analyzed company reports, it considers such signs temporary and believes that the deflationary structure of the Japanese economy remains stable. Therefore, it can be concluded that there are no internal signs for a weakening of the yen or too insignificant.

The yen's net short position fell by 1.77 billion, which is a significant correction, but the total volume (-6.9 billion) is still significant. The dynamics are in favor of strengthening the yen, which probably reflects the general mood of the market at the beginning of the cycle of withdrawal of world central banks from incentive programs and, as a result, a decrease in demand for risky assets and an increase in demand for protective ones. 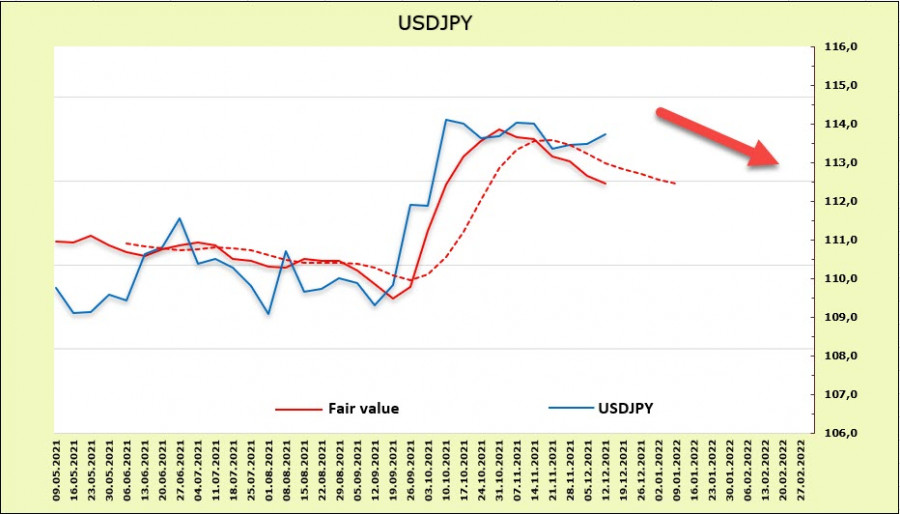 As suggested a week ago, JPY is stuck in the range. The downward exit may reflect the market mood on the outcome of the Fed meeting as "moderately hawkish". Apparently, investors are waiting for confirmation of the Fed's position to exit the stimulus and the logical growth in demand for protective assets after that. Accordingly, the most likely scenario is a decline to the support level of 112.55, followed by a break below to 112.10/20.