Ethereum continues to be one of the most resilient coins in the current correction. The altcoin has the advantage of a stable audience and gradual profit taking, which cools down demand for the coin and contributes to growth. However, there are also fundamental factors that make the cryptocurrency flexible during market corrections.

The launch of the main altcoin network expansion solution was the main news this week. The development and implementation of this solution was done by Mastercard payment system in collaboration with ConsensSys. Thanks to the new algorithms, a significant increase in network transfer capacity, transaction processing speed and fee reduction are expected. Besides, the function of additional data protection by means of building on the basis of zero-disclosure proofs will be implemented. It will be impossible to trace the amount, addresses and other key elements of the transaction.

This upgrade brings a lot of positives, but the negatives are worth outlining too. First of all, the scalability of the network will attract new retailers, some of whom will have short-term speculative goals. This will contribute to a decrease in the stability of the asset and increase its volatility. However, this disadvantage is offset by the value of the solution in the long term.

Despite the positive news background, etherium is still trading around $3,900. Over the past 24 hours, the asset grew by 3%, but failed to break through the resistance at $4,000. This is primarily due to increased correlation with bitcoin, which has recovered above $47,000, but due to the high level of domination does not give ETH room to move. 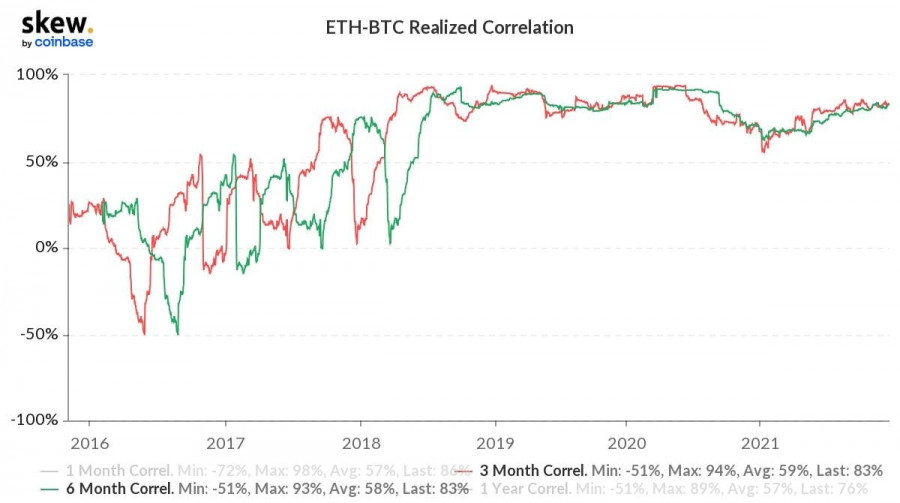 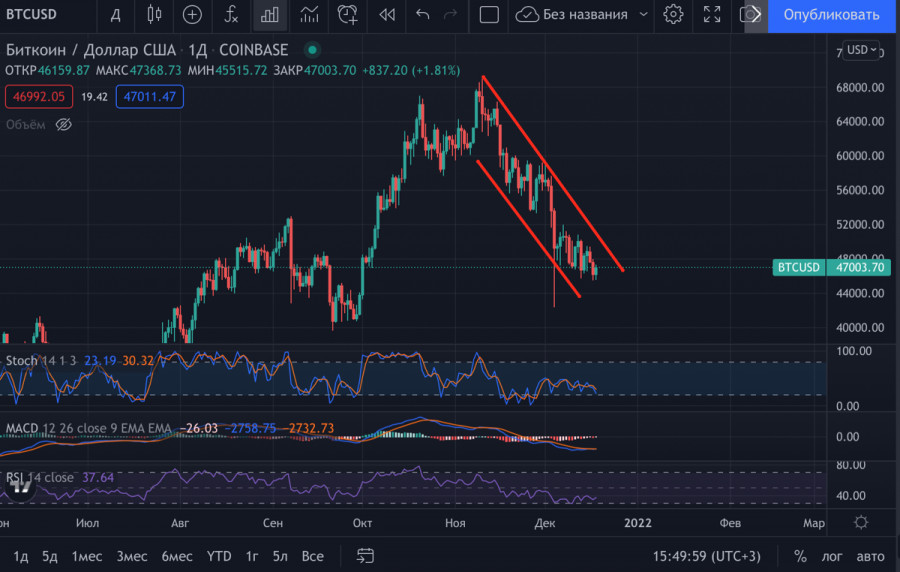 On the daily chart, the decline began after the formation of the head and shoulders pattern, which indicates a reversal of the trend. The potential for downward movement according to the formation passes to the level of $3,400. Further decline is also indicated by the predominance of sellers below $4,000, which can be seen by the daily candlesticks: after the confident formation of a red candlestick, buyers with great difficulty win back positions. At the same time, the cryptocurrency is moving within the local downtrend channel from December 1. ETH's situation is not as critical as BTC's, but the asset needs to fix above $4,000 in the next few days to avoid a deeper correction. 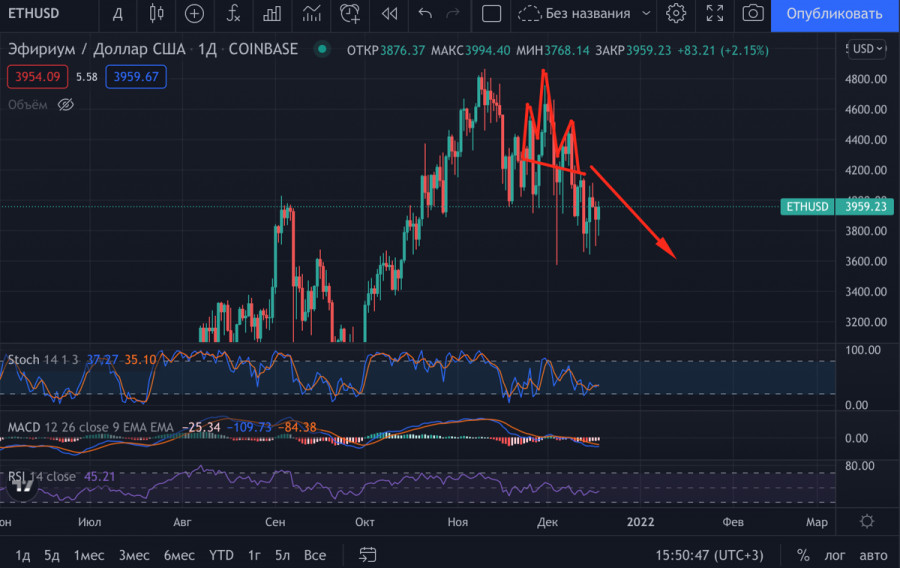 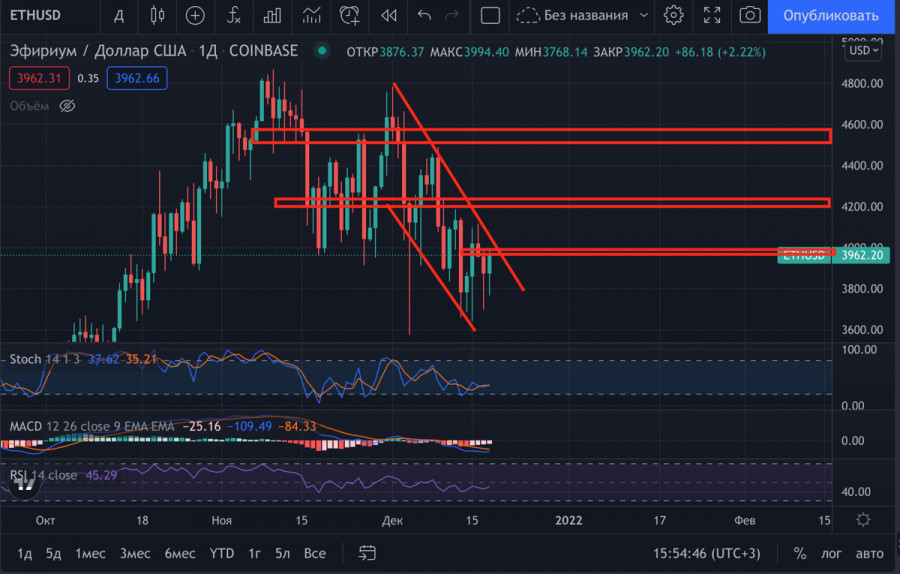