Overview of the GBP/USD pair. December 9. The House of Representatives approved an increase in the US debt limit. The Senate 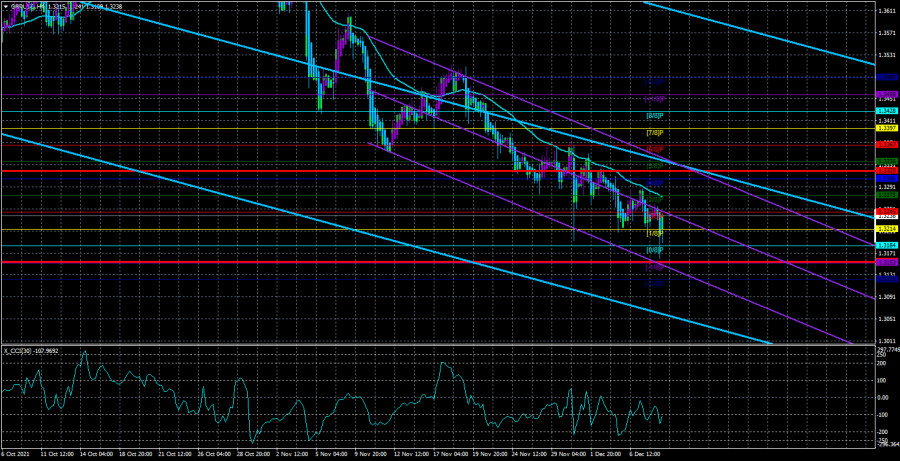 The GBP/USD currency pair resumed falling on Wednesday, although there were again a few reasons for this. In the first three working days of this week, there was no macroeconomic and fundamental background in the UK. Thus, the British currency could only react to data from overseas, which was also a bit. We also drew attention to the fact that the euro currency was growing yesterday, not declining. Thus, the pound sterling can now continue to fall for almost any of the available reasons. Now is the case when it is easier to "explain" the movement of the pair, you just need to choose the most liked factor. And the list of these factors is very large for the British pound. We have already said earlier that the geopolitical situation for London remains very tense. He cannot find a common language with the European Union, with France, and solve the "problem of the Northern Ireland protocol" and the "fish issue". Over the past week, this list has also been supplemented by the "migration conflict" with France, as well as the return of Britain to first place in Europe in terms of the number of new coronavirus diseases. Thus, it is impossible to say that now the British currency has grounds for strengthening against the dollar. Of course, we can recall that the Bank of England may raise the key rate at the December meeting. This "may" has a rather low probability now, since at the last meeting only two members of the monetary committee voted in favor. Nevertheless, it is possible, that the British pound could experience a little joy and optimism about this. But the markets seem to believe more that the Fed will increase the pace of QE curtailment and sell the pair based on this factor, too.

In the Senate, the problem can be solved by a simple majority vote.

Meanwhile, a new epic of raising the national debt limit has begun in the States. Recall that the last time the problem arose was in October and then it was solved "temporarily". The Senate approved an increase in the limit by $490 billion, which was enough until mid-December. Now the limit needs to be raised again so that the country does not declare a "technical default". Yesterday it became known that the House of Representatives has already voted in favor. As it is easy to guess, all Democrats approved this bill, and all Republicans rejected it. 222 votes against 212. Thus, the enmity between the two main parties, which has escalated since the time of Donald Trump, continues. Republicans still believe that the spending proposed by Joe Biden is too high, and the national debt should be reduced, not increased. In turn, the Democrats remind them that under Trump's rule, the Republicans themselves voted for raising the limit, and in general, this is a standard procedure for the United States. It is especially logical and justified now when the whole world continues to be at war with the "Chinese virus" and the economic consequences of the pandemic. Thus, last time it did not come to the adoption of a resolution that would allow the Senate to pass the bill by a simple majority, and this time the Democrats seem to be ready for such a development. In reality, everything will look like this: both chambers of Congress will adopt a law by a simple majority, which allows one time to vote for another bill (on raising the debt limit) in the Senate also by a simple majority. There are more Democrats in the lower house, so both proposals will be approved. There are exactly 50 Democrats and Republicans in the Senate, but the decisive vote is for Kamala Harris, vice president and also a Democrat. That's how, most likely, the decision to raise the limit will be made bypassing the Republicans. The only question is, how much will it be increased? It is unlikely that Democrats will be stingy on this issue. Well, the British pound can only continue to wait for the moment when the bears get enough or some strong information will arrive that will support it in the confrontation with the dollar. So far, the pound/dollar pair cannot even gain a foothold above the moving average, and both linear regression channels, as in the case of the euro currency, are directed downwards. 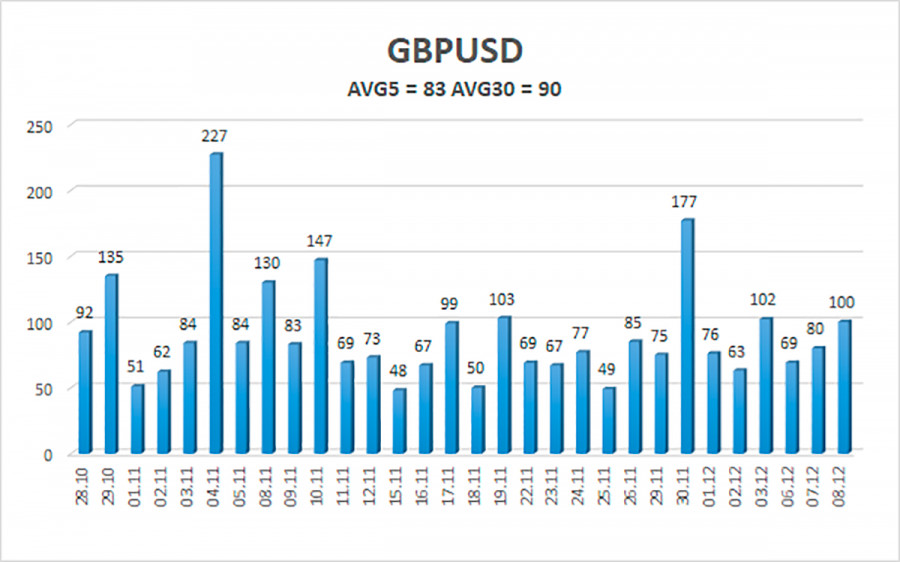 The average volatility of the GBP/USD pair is currently 83 points per day. For the pound/dollar pair, this value is "average". On Thursday, December 9, we expect movement inside the channel, limited by the levels of 1.3154 and 1.3320. The upward reversal of the Heiken Ashi indicator will signal a new round of corrective movement.

The GBP/USD pair continues its downward movement with frequent corrections on the 4-hour timeframe. Thus, at this time, it is necessary to remain in short positions with the targets of 1.3184 and 1.3153 levels until the Heiken Ashi indicator turns upwards. Buy orders can be considered if the price is firmly fixed above the moving average with targets of 1.3306 and 1.3336 and keep them open until the Heiken Ashi turns down.

Interesting? Write a comment below.
 Overview of the GBP/USD pair. December 9. The House of Representatives approved an increase in the US debt limit. The Senate
Forward 
Backward 