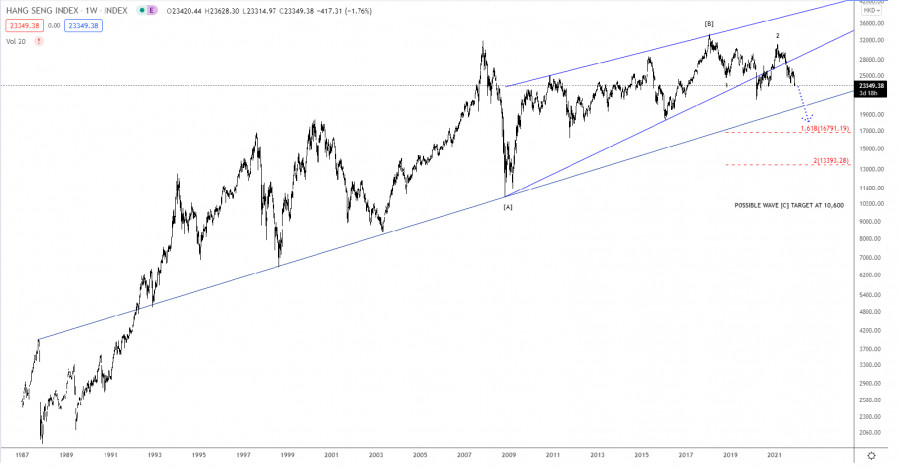 We are currently seeing weakness in several of the major equity indices. However, the Hang Seng index does look very weak indeed. In our view the Hang Seng index peaked in October 2007 with the test of 31.958 and the price-action since then has been part of a major flat correction. The [C] wave down to near 10,600 began after the peak at 33,848 in January 2018 and an impulsive decline is now expected in wave [C]. We have seen wave 1 and 2 and wave 3 lower. Now, they are in motion and could decline to support between 13,393 - 16,791 in the weeks/months ahead. After a consolidation in wave 4 we should see the final decline close to support at 10,600 to complete the major correction since 2007.