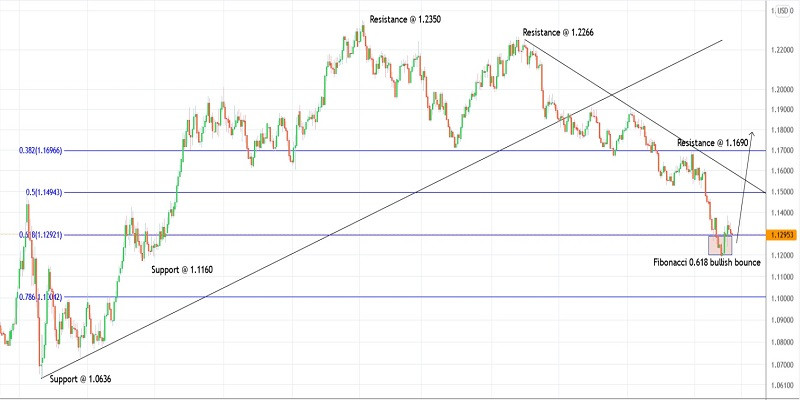 EURUSD is retracing lower toward 1.1250 mark as discussed and expected, before resuming its rally toward 1.1700-10 mark. The single currency pair carved a potential bottom around 1.1186 mark over the last week. The corrective drop should be well capped above 1.1186, to keep the bullish structure intact. A break lower will open doors for a test of 1.1000 levels before the rally could resume.

EURUSD had rallied through 1.1383 levels early this week, after carving lows at 1.1186 earlier. The initial resistance was taken out at 1.1375 mark as bulls registered themselves to be back in control. A short term pullback was due toward 1.1250 and lower, before bulls could be back in control. The recent pullback could terminate just below 1.1235 mark before finding support again.

EURO bulls would be poised to be back in control thereafter. Only a consistent break below 1.1186 will be encouraging to bears and open doors to test below 1.1000 handle. For now, it is good to remain long against 1.1150 with potential target through 1.1700 at least.